President Reuven Rivlin is to begin the process of choosing the candidate most likely to succeed in forming the next Israeli government starting on Sunday, his office said in a statement.

The president plans to hold meetings with each of the parties who received enough votes to enter the Knesset to hear their recommendations on the matter. Rivlin will then make his choice based on those recommendations, he said, probably by the end of next week.

Blue and White party leader Benny Gantz called for a unity government, but one led by him. He has been unwilling to meet with Prime Minister Benjamin Netanyahu despite the latter’s calls for a meeting “anywhere, any time” to begin those discussions on the possibility of forming such a unity government.

“During the elections, I called for the establishment of the right-wing government. But unfortunately the election results show that this is not possible. The people did not decide between the two blocs. Therefore, there is no choice but to form a broad unity government, as broad as possible, made up of all the factions to whom the State of Israel is dear,” Netanyahu said Thursday.

“Yesterday, I met with my friends in the right-wing parties and we agreed that we were going as one bloc with one joint delegation into negotiations. Now I call on you, MK Benny Gantz: Benny, we must establish a broad unity government today. The people expect us, both of us, to show responsibility and work for cooperation.

“That’s why I call on you – Benny, let’s meet today, any hour, any time, to kick-start this move which is the order of the day. We are not allowed to reach, and there is no reason for, a third election – I am against it. The order of the day – a broad unity government, today.”

Gantz responded in opening remarks to the Blue and White faction meeting that convened at noon Thursday, saying, “Blue and White won the election, Blue and White is the biggest party. Netanyahu failed to get the blocking political bloc he was aiming for.

“I want to establish a broad and liberal unity government headed by me to bring about the will of the people. The work of the government has begun. We will listen to everyone attentively but will not give in to any dictates,” he continued.

“You don’t approach establishing a unity government with blocs and spins. I intend to act in the spirit of the note that I put in between the stones of the Western Wall on the eve of the elections. ‘Bring peace to us and make peace among us,’” Gantz declared.

With 97 percent of the votes counted since the election on Tuesday, Israeli media unofficially report the Blue and White party is still in the lead with 33 mandates. The Likud is in second position with 31 mandates. However, neither of the two has enough to form a government on its own.

Ultimately Rivlin will have to choose the leader best equipped to form a ruling coalition, find a way to force the two to find a way to live together in a unity government, or – perhaps unbelievably – condemn the country to a third national election, until the people of Israel can decide who it really wants to lead the country in facing the challenges of defense against Iran and maintaining a growing economy in the Middle East. 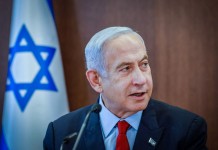 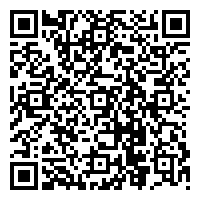