The Shin Bet has revealed that together with the Israel Police Unit of International Crime Investigations, Lahav 433, and other security agencies, the clandestine security force exposed the activities of the Iranian Quds Force and the Hezbollah organization aimed at recruiting Israeli and PA civilians to carry out terrorist activities in Israel.

In August 2020, Yasmin Jaber, a female resident of the Old City of Jerusalem who works at the National Library of the Hebrew University, was arrested for questioning after suspicion arose that she had been recruited by Hezbollah.


Along with her, other suspects from among her acquaintances in eastern Jerusalem and Ramallah were arrested for questioning, on suspicion of being involved in Jaber’s squad’s operation. These included Tasnim Al-Qadi, a female resident of Ramallah who has lived in Turkey in recent years.

The investigation revealed that the terrorist organization Hezbollah organizes PA Arab youth conferences in Lebanon to locate potential recruits from Israel and Judea and Samaria to promote terrorist activity in Israel.

During the investigation, it emerged that Jaber had been identified and marked by Hezbollah members when she participated in one such conference in Lebanon in 2015. It also emerged that she was given the operational nickname “Rahil.”

During another visit by Jaber to Lebanon in 2016, two Quds and Hezbollah operatives, Ataya Abu Samhadna and Muhammad al-Hajj Musa, introduced her to a senior terrorist operative known as Fares Awda, a Hezbollah operative whose real name is Jaafar Kavisi, who is involved in recruiting efforts in Israel and Judea and Samaria.

Since her recruitment by Hezbollah, Jaber has been in secret contact with her operator, through the transmission of pre-agreed secret messages on social media. As part of Jaber’s work for Hezbollah, she conducted meetings in Turkey, during which she received instructions from Rand Wahba, a female Hezbollah operative in the joint terrorist unit with Quds, whose nickname was “Wafaa.”

During these meetings, Jaber was told that her role is to recruit additional activists in Israel, who will serve as a squad under her guidance. Her operators stressed the importance of recruiting Israeli Arabs, especially women, who will benefit from their ability to move freely in Israel and act to gather information to promote future terrorist activity.

During the interrogation of Tasnim Al-Qadi, Jaber’s friend, it emerged that she, too, attended a conference in Lebanon in 2015, where she was recruited.

The Al-Qadi interrogation revealed that she served as the terror unit’s liaison with Jaber, as part of the secret communications used to prevent detection, and received money from her. In 2018, Al-Qadi met with the same Hezbollah activist Rand Wahba, who suggested she meet with Hezbollah operatives in Lebanon, and Al-Qadi agreed.

Indictments against both female terrorists will be filed in court in the coming days. 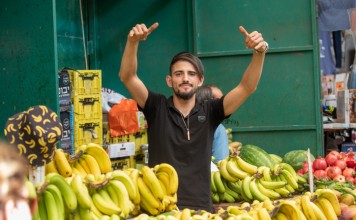 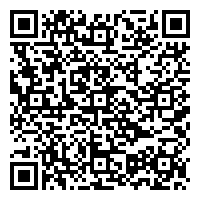