The British Mandate Police couldn’t have done it better. Once again police arrested a group of Jews blowing shofars outside the walls of the Old City of Jerusalem on Tuesday morning.

This past Sunday, Israeli police arrested former MK Yehuda Glick, Tom Nisani of Beyadenu, and Emanuel Brosh for blowing a shofar outside the walls of the Old City of Jerusalem, near the eastern wall of the Temple Mount. The three men were accused of committing provocation and violating public order.

But on Monday, the courts ruled it’s permitted to blow the shofar and perform religious rituals at the eastern wall, but the three would be barred until 6 am Tuesday from entering the Old City and outside its walls. The police did not appeal the judge’s decision.

Following the court decision a group of shofar blowers decided to return the scene of the crime and the police arrested them.

Among those arrested was again former MK Yehuda Glick and a few other people. Also detained, but released with a citation was Robert Weinger. Weinger is considered one of the best shofar blowers in the world. He has to appear at the police station tomorrow.

Weinger told JewishPress.com that police arrested the group as they were standing outside the Old City’s eastern wall near the cemetery. He was filming at the time for his new film “Let the Shofar Blow in Zion” and was arrested as he was playing Hatikva on his shofar. The policewoman grabbed the shofar away from him.

According to Nisani, the detainees intend to urgently appeal with the assistance of attorney Daniel Shamshvili from the “Honenu” organization for contempt of the Court’s decision as well as to claim financial compensation. 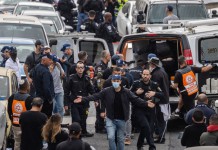 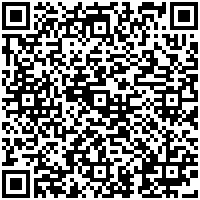