Prime Minister Benjamin Netanyahu and visiting Georgian Prime Minister Giorgi Kvirikashvili found they had a lot to discuss when they met on Monday at the Prime Minister’s Office in Jerusalem, beginning with the ” 2600 years that connect our people through the span of Jewish history in Georgia,” as Netanyahu said in a joint news conference with Kvirikashvili.

“There are 100,000 Jews from Georgia who are living in Israel today,” Netanyahu noted. “I’m fortunate to call many of them my good friends and many of them are here. We’re both vibrant countries, eager to seize the future, secure our homelands and ensure that we march on the march of progress and have a natural sympathy between the peoples both through the human bridge of Georgians who now live in Israel but also of, I would say, common sentiments and sympathies and a deep appreciation for each one’s culture.

“I believe that there’s a great danger that faces all of us. We’re both concerned about the spillover effect of the disemboweling of Syria. We must work together to defeat the forces of Islamic terror and we hope to increase our cooperation in security, in health, in water. These are of course other ends as well, the ends of making our people safer with a better life.

“We are kindred souls living in a very difficult part of the world so we are small countries that show a big future. And I think we can offer a bigger and better future for our peoples by working together.”

Georgia’s Prime Minister Kvirikashvili thanked Netanyahu for “giving [the] opportunity to discuss prospects of our future cooperation and believe me, Georgia is eager to expand bilateral relations with this remarkable country. The 26 centuries, as you mentioned, Prime Minister, of harmonious coexistence of our friendly nations is deeply rooted in our national memory. The personal ties and the relations between the Jewish and Georgian people are truly exemplary.

“In this regard, the year 2017 is of special significance as we celebrate 25 year of establishing diplomatic relations with Israel. But our relations, as it was mentioned, go deeply to centuries. And we are proud of this very special friendship between our peoples. I am very glad to emphasize that bilateral relations between Israel and Georgia are developing very rapidly and I believe that the exchange of high level visits is additional impetus in this regard.”

Kvirikashvili added that his nation is committed to further strengthening bilateral ties with Israel, noting “significant progress in our bilateral relations” and “achievements in practically all spheres” — agricultural, hi-tech, security — and, he said, “the threats that our nations face are quite similar.”

The Georgian leader also underlined Georgia’s support “to your people and your country in your fight for procuring long term stability for your people. Therefore, I would like to once again reiterate the commitment of our government and of our people to strengthen these bilateral ties and I see this visit as an excellent opportunity to discuss very interesting prospects of our future cooperation.” 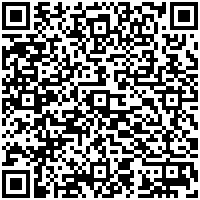