The cornerstone for a new ZAKA volunteer organization’s world headquarters in Jerusalem was laid down in a festive ceremony Sunday. The new purpose-built headquarters will serve as the nerve center for ZAKA’s humanitarian operations in Israel and around the world.

ZAKA, abbreviation for Zihuy Korbanot Ason (Hebrew: Disaster Victim Identification), is composed of a series of voluntary community emergency response teams in Israel, which assist ambulance crews, aid in the identification of the victims of terrorism, road accidents and other disasters, and where necessary gather body parts and spilled blood for proper burial.

Eduardo and Jovita Cojab, the major donors to the ZAKA World Headquarters building, arrived specially from Mexico to attend the ceremony.

Rabbi Lau praised the Cojab family, noting that “ZAKA is an organization whose essence is caring for everyone, not only in life but also after death. This headquarters, that will be built here in East Jerusalem, will be a source of light around the world. We hope that you will not have a lot of work, but if you do, may you be able to help others in need and distress.”

Rabbi Amar praised the ZAKA group, stressing that “inherent in the act of establishing these headquarters, is the act of saving souls, not only for the people of Israel but for all the nations of the world. Therefore, your work is doubly important.”

Minister Galant said, “The world stands upon three things: Torah, service, and kindness. ZAKA volunteers are involved in the highest form of chesed-charity, as the dead are unable to repay acts of kindness. When I look at the work you are doing in the organization, and these are things that I am very familiar with from my time as an aide to Arik Sharon in my military service, I know that this requires an emotional strength that is not available to everyone.”

Galant quipped: “In contrast with other rescue organizations, I hope that you have the least amount of work.”

Galant also praised ZAKA chairman Yehuda Meshi Zahav, for his sacred work on behalf of the people of Israel.

Meshi-Zahav thanked the donors, Eduardo and Jovita Cojab, whose donation to the new building was made in memory of Elias Kochav. 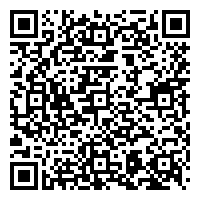