The British government has announced it will not burn the bodies of deceased Jewish and Muslim COVID-19 coronavirus victims after an original announcement was met with fierce opposition by Jewish and Muslim groups.

The government had decided that, due to the increased number of deaths due to the spread of the virus, bodies would be cremated, citing a lack of sufficient burial space.


Jewish communities in the United Kingdom rebelled against the decision, seeking a religious ruling from the Bat Yam-based Rabbi Yaakov Rojza to present to the British authorities.

Rojza, affiliated with ZAKA (Hebrew acronym for Disaster Victim Identification), a network of volunteers assisting with Jewish ritual burial around the world, explained that cremation and the destruction of bodies was incompatible with Jewish law. The rabbi backed up his decision with a 2007 ruling from Israel’s Chief Rabbinate, which “strictly prohibited” cremation.

After lobbying British Members of Parliament (MP) and government ministers, a clause was included in the bill, allowing for families of the deceased to oppose cremation out of religious reasons.

Naz Shah, a Muslim Labour MP, said she was “relieved that the government listened to what we said about religious burials for Muslim and Jewish people and brought in an amendment to address our concerns,” as cremation is also forbidden in Islam.

The UK has been placed on complete lockdown due to the spread of COVID-19. More than 8,000 people have tested positive for the coronavirus, and 465 have so far died.

Amid the global outbreak, ZAKA founder and director Yehuda Meshi-Zahav said the organization was receiving dozens of inquiries every day from Jewish communities all around the world.

“The situation in the world is catastrophic; hundreds die every day as a result of the virus,” Meshi-Zahav said, adding that ZAKA would “maintain the honor of the dead as always. We pray every day and hope that the plague will be stopped.” 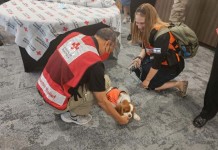 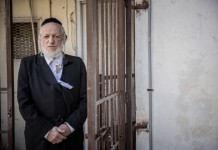 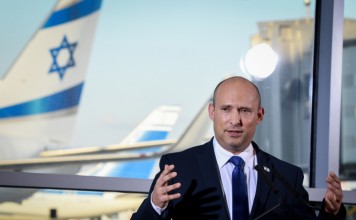