The presumptive Democratic vice presidential nominee for the 2020 election, alongside former vice president Joe Biden, Kamala Harris, is the first woman of color to run on a major party ticket, but she also represents the traditional Democratic party’s decades of good relations with both US Jews and the Jewish State. A first generation American – both her parents are immigrants, from India and Jamaica (both are also scientists) – Harris also represents an opportunity to mend fences within US politics and bring back bipartisan politics the country is starving for.

Harris also represents the hope for the renewal of the historically good relations between Black and Jewish politicians, which have been threatened and in some areas decimated by African American radical leftists and the followers of Louis Farrakhan. A former DA and later the Attorney General of California, Harris is a law and order candidate (in 2010, she published a book titled, Smart on crime : a career prosecutor’s plan to make us safer). She is also strong on defense: in July, Harris voted against Sen. Bernie Sanders’ amendment to reduce the size of the $740 billion National Defense Authorization Act for Fiscal Year 2021.

In June 2017, Harris joined in the unanimous vote for a resolution marking the 50th anniversary of the reunification of Jerusalem during the 1967 Six Day War. The resolution called on President Donald Trump to “abide by” the 1995 law calling for the US Embassy to be moved from Tel Aviv to Jerusalem. The resolution said, among other things: “Jerusalem should remain the undivided capital of Israel in which the rights of every ethnic and religious group are protected.”

Harris met her Jewish husband, Douglas Emhoff, on a blind date in San Francisco. They married in 2014. She has visited Israel several times. In 2017, she met with Prime Minister Benjamin Netanyahu, visited the Kotel, Yad Vashem, the Supreme Court and Al-Quds University.

“Having grown up in the Bay Area, I fondly remember those Jewish National Fund boxes that we would use to collect donations to plant trees for Israel,” she later said in a speech to AIPAC. “Years later, when I visited Israel for the first time, I saw the fruits of that effort and the Israeli ingenuity that has truly made a desert bloom.”

“I soaked in the sights and sounds and smells of Jerusalem,” she said on the same occasion. “I stood in Yad Vashem, devastated by the silent testimonies of the 6 million Jews that were murdered in the Holocaust, and we must always remember that solemn promise. Never again.”

In July 2019, Harris told the Jerusalem Post: “The terms of any agreement between the Israelis and Palestinians cannot be imposed by others in the world. The U.S. and our allies in Europe and the Arab world can and should help facilitate an agreement to create peace and bring both parties to the table, but the Israelis and Palestinians themselves must negotiate and approve the terms of any peace agreement. Lasting peace can only be found through bilateral negotiations that protect Israel’s identity, ensure security for all people and include the recognition of Israel’s right to exist as a Jewish state.”

In June 2019, Harris was asked by the New York Times, “Do you think Israel meets international standards of human rights?” and answered, “I think Israel as a country is dedicated to being a democracy and is one of our closest friends in that region, and that we should understand the shared values and priorities that we have as a democracy, and conduct foreign policy in a way that is consistent with understanding the alignment between the American people and the people of Israel.”

In a speech to the American Jewish Committee in June 2019, Harris said: “As a member of both the Senate Intelligence Committee and the Senate Homeland Security Committee, I am deeply involved in insuring the American Israeli relationship remains strong. And I am proud to stand strongly with America’s most important allies. So let me be clear about what I believe. Israel is a critical friend and ally to the United States. I stand with Israel both because of our shared values, which are so fundamental to the founding of both our nations, and I believe the bonds between the people of the United States and the people of Israel are unbreakable and we can never let anyone drive a wedge between us.

“And I believe, Israel should never be a partisan issue. I will do everything in my power to insure broad and bipartisan support for Israel’s security and right to self-defense. That is why I strongly support America’s security assistance to Israel and I am committed to strengthen the American Israeli security and defense relationship.” 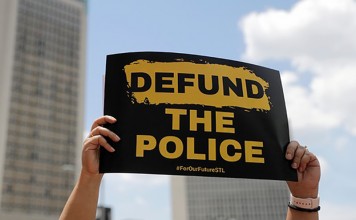 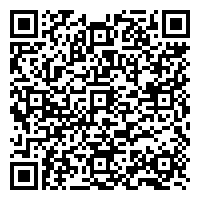