A large convoy set out on Monday to express solidarity with Aryeh Schiff, the 70-year-old Arad resident who is facing a reckless-manslaughter charge for killing a Bedouin man who tried to steal his car in November 2020.

After hearing the thief breaking into his car, Schiff fired two shots in the direction of the vehicle. According to Schiff, he aimed at the wheels of the car and did not intend to shoot the thief. when he realized that the thief had been hit, he immediately called the police and an ambulance.


The convoy, led by the Zionist organization Im Tirtzu, comprised of dozens of cars carrying Israeli flags that set out from the Latrun Interchange and ended in Arad.

The participants decried the charges against Schiff, a former volunteer police officer, and noted the increasing lawlessness and crime in the south in general and in Arad in particular.

Arad residents are frequently targets of burglaries and other crimes perpetrated by members of the Bedouin community. According to the family, Schiff already had three cars stolen before the latest incident.
Last month, Public Security Minister Amir Ohana came out in defense of Schiff, arguing that his actions were done lawfully and in accordance to the penal code clause on self-defense.

“It’s the state’s duty to provide its citizens with protection and security against terrorism and crime. But clearly, it can’t do so in 100 percent of cases. What this means is that in cases where citizens take action to protect themselves, the state must have their backs,” said Ohana.

Ohana continued: “There are law-abiding citizens who strive to defend themselves and their property, and there are violent, dangerous criminals who make a living on the backs of the law-abiding.”

Ben Schiff, the son of Aryeh Schiff, partook in the convoy and said: “If you think that what happened to my father can’t happen to you, you’re mistaken. Aryeh Schiff is a symbol of a system that doesn’t know how to differentiate between a criminal who came to steal someone’s car and a citizen who tried to protect himself and his family.”

“If we don’t fight on behalf of my father today, no one will fight on your behalf tomorrow,” added Schiff.

Lt. Col. (res.) Boaz Kokia, whose son Ron Kokia was murdered in Arad in 2017 by a Bedouin-Israeli terrorist, said: “We are calling on the government and the judiciary to fight against crime and terrorism, and to embrace Aryeh Schiff who defended himself and his family against robbers. Today it’s Schiff; tomorrow it can be any one of us.”

Yehuda Sharabany, Im Tirtzu’s field coordinator, said: “There is a widespread phenomenon in the Negev of unbridled crime and a lack of governance, because of which Jewish residents are subject to the mercy of criminals and outlaws.”

“The purpose of our convoy is to strengthen the Schiff family and the residents of Arad and the Negev, and show them that citizens from all across the country support their just cause.” 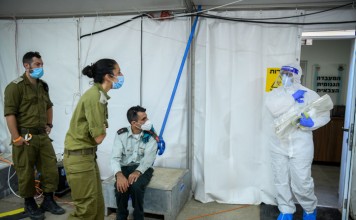 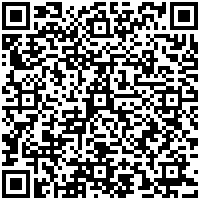