The city of Tel Aviv-Yafo on Tuesday, April 10th, at Rabin Square, will host the largest Eurovision promo-event, showcasing 30 artists, with a crowd of thousands of participants from Israel and around Europe.

The Eurovision Song Contest is the longest-running annual international TV song competition. It has been held, primarily, among the member countries of the European Broadcasting Union (EBU) since 1956. Each participating country submits an original song to be performed on live television and radio and then casts votes for the other countries’ songs to determine the competition’s winning entry.


The contest has been broadcast every year for sixty-two years, since its inauguration in 1956, and is one of the longest-running television programs in the world. It is also one of the most watched non-sporting events in the world, with audience figures in recent years reaching between 100 million and 600 million.

The outdoor concert is the largest of its kind ever to take place in the First Hebrew City (established 1909).

For the third consecutive year, “Israel Calling” will bring together participating artists from dozens of countries around the continent, including local representative Netta Barzilai, whose song “Toy” has been topping the betting charts as a favorite to win this year’s contest in Lisbon.

Thousands of local and international Eurovision fans will gather in Tel Aviv to cheer-on the representatives from approximately 30 different countries who have already confirmed their participation – three quarters of all the Eurovision participants.

Tel Aviv-Yafo Mayor Ron Huldai said in a statement: “The Eurovision is not just a song contest; it’s a cultural phenomenon, promoting tolerance, open-mindedness, respect for one another and a love for humankind. The Eurovision holds a special place in the heart of many Israelis; the song contest is a night where we put our differences aside and share a feeling of pride. No other place could be as fitting as Tel Aviv-Yafo for such an event.”

Tali Eshkoli, initiator and producer of the show, said in a statement: “We’re expecting the biggest Eurovision promo event ever. Thousands of people will gather in Tel Aviv and watch performances of about three-quarters of the Eurovision 2018 participants. The show will be the culmination of the Israel Calling Events which will expose artists and journalists from all over Europe to Israel and Tel Aviv. We all hope that Israel will soon win the competition and that we will host the Eurovision here once again.” 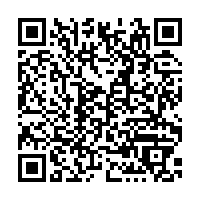