Finance Minister Avigdor Liberman (Israel Beiteinu) told reporters Sunday night that despite government estimates of half a million Israelis being forced into quarantine at the same time, he is not bothered by the crippling effect that such a scenario could have on the economy.

“Even assuming that this is the most far-reaching scenario, it’s 5% of the Israeli population, which means that 90% will continue to work,” Liberman said. “The economy will continue to function, even in the most apocalyptic scenario.”


Liberman said he did not rule out the possibility of targeted business assistance due to the Corona, but refused to commit to a broad compensation outline at this time. To deal with increasing reports of businesses that have been damaged as a result of the alarming levels of morbidity, Liberman announced that “there will be targeted help for businesses,” but he stressed that “after ten days you can’t say that the economy is collapsing.”

“My role is to watch the public coffers,” he said. “We’re only nine days into the year 22, it’s too early to panic. There is probably a decline in this or that business, but from personal experience, I see there are no tables to be had in restaurants, everything is full to capacity.”

According to the Restaurants Association, the past week has seen a 10%-40% decline in restaurant and bar activity, and restaurants that depend on tourist traffic, such as in Jerusalem, Jaffa, and Acco, have seen a decrease of 50% in the turnover because there are no tourists. And business owners are dealing not only with the decline in customer turnover but also with the severe shortage of workers who are in isolation.

The Association of Commercial and Fashion Chains in Israel argued that “today we are in a state of de facto lockdown without actually being in a lockdown.” As a result, “while during the previous lockdowns business owners did not pay rent – today they do, there were no management fees and today there are, no property tax or electric bills, and today there are. Employees were on furloughs at the expense of the state and today we are paying their wages – all of that against the background of severe damage to the daily revenue, close to a 50% decrease.”

The finance minister was not moved. “We finished the year 21 in a much better position than even before the Corona,” Liberman said on Sunday. “As for the Omicron, as I have said before, I suggest not to underestimate it and not to react hysterically. Everything should be treated responsibly, seriously, soberly, but not with panic. I have seen a reference from some business people regarding revenue losses and the loss of customers. Since there is no general lockdown, there are also no compensatory grants. A business that gets hurt should be helped, but most businesses are in excellent shape and I’m happy about that.” 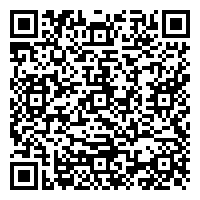