After Internal Affairs and Environment Committee Chairman Waleed Taha (Ra’am) has succeeded in promoting an Electricity Law that allows connecting illegally constructed homes in the Arab sector to the national IEC power grid, MK Yariv Levin (Likud) plans to submit a bill on Friday to allow connecting “illegal” outposts in Judea and Samaria to the same grid.

Earlier this week, Interior Minister Ayelet Shaked (Yamina) and Chairman Taha reached a compromise on the Electricity Law. The two agreed on the time allocation in the bill for district committees to decide on electricity connections – 45 days, to be followed by another 120 days for the Interior Minister to approve them.

Chairman Taha tried to pull a fast one behind Shaked’s back when the Interior Minister was on a trip abroad and introduced changes to the original version that had been passed by the ministerial committee on legislation (which is chaired by Shaked). Taha added an item that permits power connection to illegal homes with a court order for their demolition. He also wrote into the bill that deposits put down by homeowners whose connection is rejected must be paid back. Shaked demanded and received the opposite at her ministerial committee.

When his Knesset committee members demanded to see the changes he had entered, Chairman Taha refused, saying these were trivial and insisting that the Knesset protocol demands that committee meetings must be dispersed at 2 PM. In the end, Shaked removed all his creative, unauthorized additions.

Before submitting his proposal to connect Jewish outposts to the IEC grid, MK Levin approached Yamina MKs asking them to endorse his bill. Legally speaking, the cases for Arab sector illegal homes’ power connection is different from the outposts in Judea and Samaria because the Jewish outposts are not part of Israel. They are governed by a civil administration of the occupying army, the IDF. We may not like it, but for 54 years, Israeli governments on the left and the right have refused to make Judea and Samaria an integral part of Israel. So the chances that Yamina would support Levin’s law are not great. This will not bring electricity to the Jewish outposts, but it will make Yamina look bad in the eyes of its few remaining voters.

The Likud plans to challenge Yamina in this fashion repeatedly, in the hope that eventually they’d crack their rival party’s resilience and lead to new elections. 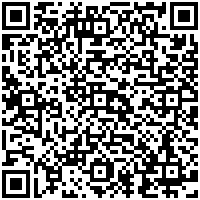