British Foreign Secretary Mary Elizabeth Truss, 47, will be appointed Prime Minister of the United Kingdom by the Queen on Tuesday. She will be the third woman to serve in that position, and all three women have belonged to the Conservative party.

Truss has served as the MP for South West Norfolk since 2010, and worked in various Cabinet positions under Prime Ministers David Cameron, Theresa May, and Boris Johnson. Johnson appointed her Foreign Secretary on September 15, 2021, and following Russia’s invasion of Ukraine on February 24, 2022, Truss vowed to support Ukrainian President Volodymyr Zelensky in his struggle, and when asked if she’d encourage UK citizens to join Ukraine’s forces, she said: “Absolutely, if that is what they want to do.” Russia announced it was placing its military on high nuclear alert in response to Truss’s comments.

By the end of February, Truss called on the G7 countries to limit their imports of oil and natural gas from Russia and warned the war could “last for years,” and could be the “beginning of the end” for Putin. In March, Truss said it was necessary to “work with all of our allies around the world,” Saudi Arabia included, to ease UK dependence on Russian oil and natural gas. At the same time, she threatened to push Russia’s economy “back into the Soviet era.”

Say what you will, she’s feisty.

On April 27, Truss called on Western countries to “double down” and “keep going further and faster” to “push Russia out of the whole of Ukraine,” including the Crimean Peninsula which Putin occupied back in 2014. In July 2022, Truss blamed Putin for the growing world hunger and energy shortages.

Lucky for us, Prime Minister Truss is a great friend of Israel. Last January, she and then Foreign Minister Yair Lapid announced a new decade-long deal aimed at stopping Iran from developing nuclear weapons. “We will work night and day to prevent the Iranian regime from ever becoming a nuclear power,” the two foreign ministers wrote in a joint article for the Daily Telegraph, on the same day that talks on renewing the Iran nuclear deal restarted in Vienna.

And this past August, she promised to “review” moving the British embassy in Israel from Tel Aviv to Jerusalem.

The book Britannia Unchained, which Truss co-authored in 2012 with Kwasi Kwarteng, Priti Patel, Dominic Raab, and Chris Skidmore, describes Israel as an example of an innovation superpower whose spending on R&D as a percentage of GDP massively outstrips Britain’s.

Toby Greene noted this month in Fathom Journal (Liz Truss’s world view and its implications for UK-Israel relations) that Truss campaigned for staying in the EU, but “having been rewarded by Johnson in 2019 with the job of Trade Secretary in his first cabinet, she set about fusing her personal brand with that of ‘Global Britain.’ Google ‘Truss’ and ‘trade deal’ for countless images of the former Trade Secretary in front of a Union Jack putting her signature to another bilateral trade deal, including one with Israel.”

Greene believes that Truss’s October 2021 conference speech was revealing about her mental map of the world as she put it: “We must win this battle for economic influence … and this starts with forging closer ties with our friends and allies including: The G7 and NATO; Our Pacific partners like Australia, Japan and Mexico; The great democracy of India and our friends across the Commonwealth; Israel; South Korea; The Gulf states; Those countries who escaped the USSR and fought for freedom like the so-called Visegrad Four and the Baltic 3; And of course our vital strategic partner the United States.” 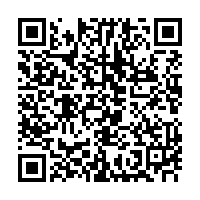