During the Neila service, towards the end of Yom Kippur, former Prime Minister Benjamin Netanyahu, who had been fasting, didn’t feel well. United Hatzalah medics stationed in the area took his vitals at the Great Synagogue in Jerusalem. Everything checked out OK.

To be on the safe side, Netanyahu decided to go on his own to the hospital. According to Dr. Herman Berkowitz, Netanyahu’s physician, the former PM will stay in the hospital through the night for observation and more tests. He added that Netanyahu looks good, and isn’t even pale.


PM Yair Lapid wished his good health upon hearing the news, as did MK Itamar Ben-Gvir.

2741 people were treated during Yom Kippur. 133 women in labor were taken to the hospital over the holiday. 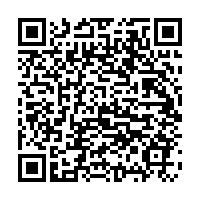