Prime Minister Benjamin Netanyahu stated that Iran carries out cyber-attacks against the Jewish State on a daily basis, but Israel is successful in repelling them.

“Iran attacks Israel on a daily basis. We monitor these attacks. We see these attacks and we foil these attacks all the time,” he stated on Tuesday during his address at the Cybertech Conference in Tel Aviv.


Netanyahu further noted that Iran threatens Israel “in many other ways. They have issued in the last 24 hours threats that say that they’ll destroy us, they’ll target our cities with missiles. We’re not oblivious to these threats. They don’t impress us because we know what our power is both in defense and in offense.”

He was relating to the recent remarks of Brigadier General Hossein Salami, deputy commander of the Islamic Revolutionary Guard Corps (IRGC), who declared Monday that Iran “strategy is to erase Israel from the global political map. And it seems that, considering the evil that Israel is doing, it is bringing itself closer to that.”

However, Netanyahu underscored that “the important thing is that any country can be attacked today with cyber attacks and every country needs the combination of a national cyber defense effort and a robust cybersecurity industry. And I think Israel has that and has that in ways that are in many ways unmatched.”

Israel has an advanced cyber-security apparatus and its security agencies and cyber defense units fend off thousands of cyber-attacks on a daily basis. 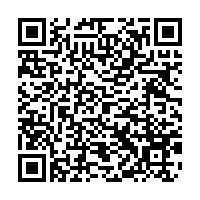