According to data tracked by The Washington Post, the seven-day average of new US cases was down 13 percent as of Tuesday, with a dramatic drop of 30% in Arizona. However, deaths have increased across the US by 2%, following record hospitalizations in early January, as a result of the festivities of Thanksgiving, Christmas, and New Year’s.


In Israel, the Health Ministry reported Tuesday morning a decrease in the number of patients in serious condition and a decrease in the rate of positive tests. For the first time in three weeks, the number of Israeli patients in critical condition dropped below 1,100, 316 of them on respirators. 9.2% of the tests were positive on Monday and a total of 8,261 were diagnosed with Corona.

The Medical Director of Magen Israel, Dr. Orly Greenfeld, told Reshet Bet radio Tuesday morning that there’s a slowdown in morbidity in the country. She made clear that she wanted to stretch the lockdown closure in order to avoid another, future lockdown.

Magen Israel is a national program to fight the coronavirus that includes multi-faceted elements in dealing with the health crisis.

Kan 11 News reported Monday night the emerging recommendation of the Health Ministry regarding exiting the lockdown will begin with limited openings – the kindergartens and workplaces that don’t admit clients. This recommendation was brought up for discussion by Prime Minister Benjamin Netanyahu with senior members of the health system, but the issue is still under negotiation and no decision has been made yet.

Ministers Yoav Galant (Education) and Yuli Edelstein (Health) are expected to reach an agreement ahead of Wednesday’s cabinet meeting on opening the education system. Netanyahu is expected to demand that the lockdown is extend again, despite the opposition of Blue&White.

Sources involved in the matter say that if there is no decrease in the number of severe patients, the Health Ministry will ask to extend the lockdown again. The Ministry is troubled by the public’s demands to exit the lockdown, and identifies fatigue among the population, especially because of reports of thousands who defy the regulations. Public discipline in following the guidelines is declining and it is feared that the public will not comply with an extended lockdown. Therefore, the Health Ministry insists on a slow and measured ending of the lockdown.

Prof. Eli Waxman, head of the advisory team to the National Security Council, warned on Tuesday morning about the flawed management of the health crisis and said that it “does not allow us to control morbidity. If this continues, there will be another outbreak and we will have to face again the difficult choice between another lockdown versus a high number of dead.” 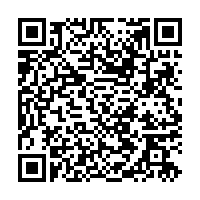