A new study held at the University of Haifa among Holocaust survivors has revealed a specific population group with a high suicide rate. The study found that people who immigrated to Israel from countries where most of the Jewish population was murdered in the Holocaust, such as Germany, Austria, Poland, and Greece, show highest suicide rates.

“People who immigrated to Israel during the Holocaust may have expected a safe refuge, but found themselves facing persecution once again during the period before independence. This situation may have contributed to the higher risk of suicide among this group,” commented Dr. Cendrine Bursztein Lipsicas, one of the study authors.

In a series of studies, Prof. Stephen Levine and Prof. Itzhak Levav of the Department of Community Mental Health at the University of Haifa, together with other researchers, attempted to examine the impact of exposure to the Holocaust in various areas, such as suicide and schizophrenia. The unique aspect of these studies is that they focused on two sub-groups liable to be at particularly high risk: people who experienced the entire Holocaust (as distinct from those who immigrated to Israel during the Holocaust); and people exposed to the Holocaust at different ages, including those exposed in the womb, among others.

The present study, in which Dr. Bursztein Lipsicas was a partner, divided the research population into subjects who lived in countries where more than 70% of the Jews were murdered (such as Austria, Czechoslovakia, Germany, Greece, Estonia, Hungary, Latvia, Lithuania, the Netherlands, and Poland), and those from countries such as Denmark, France, and Romania, where fewer than 50% of the Jews were murdered. These two groups were then divided again into those who experienced the entire Holocaust before reaching Israel and those who immigrated during the Holocaust. The control group in the study were individuals who immigrated to Israel from Europe before anti-Semitic activities began in their country of origin, but who had social or family connections with others who were exposed to the Holocaust. Thanks to the cooperation of the Ministry of the Interior, the study included a total of 209,249 people who immigrated to Israel through 1965.

The data revealed only one group that shows a higher risk of suicide: those who immigrated to Israel during the Holocaust from countries where more than 70% of the Jews were annihilated. The suicide risk among this group was almost twice that in the control group. In all the other groups, no differences were found by comparison to those who immigrated to Israel before the beginning of the Second World War.

This is the first time that researchers have identified a higher suicide risk among individuals who immigrated to Israel during the Holocaust. Last year, the same researchers published a study that found that the suicide risk among women who immigrated to Israel during the Holocaust was 4.6 times higher than among women in the control group. The researchers suggest that the gap between these women’s success in fleeing the Holocaust and their clear awareness of the cruel fate that awaited those who did not manage to escape may activate psychological mechanisms that increase the risk of suicide.

“It is possible that the trauma that resulted from the terrible violence they had witnessed, together with their escape, led to serious feelings of guilt and helplessness. This may raise the risk of suicide even decades after the exposure to the terrible events. Our studies show that Holocaust survivors cannot be treated as a homogenous population when it comes to psychological contexts such as the risk of suicide or mental illness,” the researchers concluded. 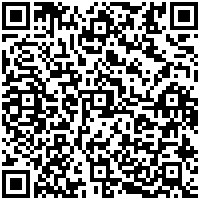