NY State Assemblyman David Weprin (D-Queens) has submitted a bill which requires “public schools in any city with a population over one million that have students practicing a religious faith with specific dietary restrictions to offer food options which meet such dietary restrictions upon the students’ request.”

“In a city with ethnic diversity like New York City, the population of residents and children who practice a religious faith with specific dietary restrictions is rising,” Weprin wrote in the justification section of his bill, noting that “because of their religious dietary requirements, these students, who are attending public schools in New York City, are restricted in what they can eat during lunch at school. In certain cases, even though public schools already provide healthy and nutritious food options, students have to go without eating and throw away lunches that do not meet their religious food restrictions.”


“Offering students these types of food options, including halal, kosher, and vegetarian food options, during lunch not only accommodates their dietary restriction but also enhances students’ awareness and respect
for diversity in cultures, religions, and ethnicities,” Weprin concludes.

The bill does not estimate the costs, but Weprin told the NY Post that schools don’t have to turn their kitchens kosher to meet his bill’s requirements, they can make like airlines and serve prepackaged food.

“I don’t anticipate they’d have to do a dramatic kitchen change,” he said. “You could get hot, prepared meals from different vendors,” just like in the country’s jails.

“If we can provide kosher and halal meals in prison, it seem to me it should be option for public school students,” Weprin told the Post.

But according to Smithsonian Magazine, kosher airline meals are the most expensive type of airline meal served, costing nearly twice as much as standard meals, and offered at no additional cost.

Another problem not anticipated by Weprin’s bill: dairy and meat foods are occasionally mixed by airline employees who are not required to take a course on the kashrut guidelines that prohibit such mixtures. Also: kosher dairy meals are often is served too soon after a meat meal, up in the air, and Orthodox Jewish passengers, who may be disoriented during long flights, end up violating their own kashrut standards.

These staff mistakes are particularly prevalent on the week of Passover, when kosher meals containing chametz are sometimes served by mistake.

Brooklyn Rabbi Yakov Cohen told the Post he favored the bill, which “shows that we’re respecting all people whatever they practice.” However, the Assembly might attempt to assess the cost of lawsuits by the parents of Jewish and Muslim public school children who ended up eating a non-kosher meal believing it was up to their standards. 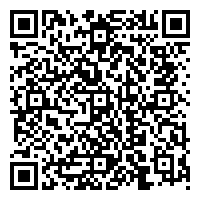