Responding to a statement by Israeli Defense Minister Avigdor Liberman (Yisrael Beiteinu), that a nuclear confrontation with North Korea would have direct implications for Israel, and that “Kim Jong-un is an ally of Assad,” which makes him “part of a crazy extremist group […] from North Korea, through Iran, to Syria and Hezbollah,” the North Korean Foreign Ministry issued a response saying Liberman’s behavior was “reckless, […] sordid and wicked,” and as such constituted a “grave challenge to the DPRK.”

Liberman was speaking to Walla, and suggested that Israel could find itself in the line of fire between the US and North Korea, should the two powers engage in a military confrontation.


North Korea then called Israel the “only illegal possessor of nukes in the Middle East under the patronage of the US,” and, besides, Liberman’s is “cynical ploy” to shift attention to the DPRK from the occupation “of the Arab territories” and “crimes against humanity.”

The statement added that North Korea is “fully supporting the struggle of the Palestinian people” towards “establishing of an independent state with Kuds (Jerusalem) as its capital.”

Besides, the North Koreans threatened, “it is the steadfast will and spirit of the service personnel and people of the DPRK to give merciless, thousand-fold punishment to whoever dares hurt the dignity of its supreme leadership.”

North Korea probably helped Syria build a nuclear reactor, which was then destroyed by Israel in 2007.

In January 2015, after Prime Minister Benjamin Netanyahu said, during a state visit to Japan, that the DPRK is a “merciless and radical dictatorship,” North Korea said this was “an unpardonable insult.” 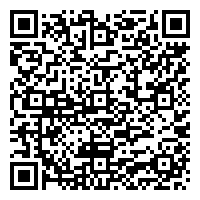