“I must point out that at the end of the meeting with the President, he shook my hand and defined relations between Israel and the US as ‘a new day,'” Prime Minister Benjamin Netanyahu told his weekly cabinet meeting Sunday morning.

“The alliance between Israel and the US has always been steadfast, but I told them there and also here in Jerusalem: this alliance has become even stronger,” Netanyahu stressed. “It has become stronger for two reasons: first of all, there is a personal connection of many years between President Trump and myself, and it is important. But it is even more important due to the second thing that has become stronger, and it’s the common view about the dangers and opportunities in the Middle East. The two of us see eye to eye on the main – and growing – threat from Iran and the need to stand against Iranian aggression in the various spheres.”


“We also see the possibility of trying to provide a basis for the growing regional interests that are forming between Israel, the US and countries of the region both to rebuff Iran and to develop other opportunities and normalization,” the PM continued. “In the end we hope to achieve peace. This is a fundamental change and, I would say, has accompanied all of our discussions and has formed the infrastructure of all the agreements between us.

“We agreed to create joint teams to upgrade relations between Israel and the US in all of the main areas: Security, intelligence, cyber, technology, economics and many others. We also agreed to create a team in an area that we have not previously agreed on: I mean, of course, on settlement in Judea and Samaria. We will also discuss this.”

Netanyahu also mentioned his meeting with Vice President Mike Pence, “who is also a great friend of the State of Israel. I met for the first time with Secretary of State Rex Tillerson and had a very good meeting. I also met with approximately 20 Senate and Congressional leaders, Republicans and Democrats alike, and again strengthened the bipartisan infrastructure of support for Israel, which, in the US, truly spans the entire country and population.”

Netanyahu described his coming mission this week: “After the Cabinet meeting I am leaving on an important visit to Singapore and Australia. I think that this is the first visit by an Israeli prime minister to these important countries. We will strengthen security, economic and other ties with these countries.

“In Australia I will, together with Prime Minister Malcolm Turnbull, hold a meeting with businesspeople from both countries in order to increase trade between Israel and Australia. What we are doing to strengthen Israel’s standing in the world – and this was apparent during my visit in Washington, as it was during my previous visits to the Islamic world and now to Australia and other major powers in Asia, and it is clear that there is also an economic aspect here – is to open new markets. This is one of the things that contribute to strengthening Israel’s economy.”

“But what contributes to strengthening the economy is first and foremost the right economic policy, and I would like to congratulate the Finance Minister, and the other ministers, on our joint effort and the results,” said the PM, reminding his ministers that “while I was in Washington, we received very impressive results. According to Central Bureau of Statistics’ estimates, and these are estimates, growth in the second half of 2016 reached and surpassed 5% on an annualized basis. The Israeli economy in 2016 grew by 4%. Note the two separate halves; the first half of 2016, 3.8%, and the second half of 2016, 5.2%. We are on a very clear growth trend. When looking at the OECD countries, we are towards the top of the list, almost at the head, and this is very important. This creates jobs, raises wages and is good for the citizens of Israel.”

Commenting on a television report Saturday which outraged many Israelis, about the abuse of the elderly patients in some old age homes, Netanyahu said, “We just read, in the weekly Torah portion ‘Yitro’, ‘Honor your father and your mother that your days may be long.’ In our Jewish heritage, we know other quotes: ‘Do not cast me aside in old age’ and ‘Respect the elderly.’ Therefore, I was outraged to see these things, this abuse of the elderly. This goes against our Jewish values and the basic values of the State of Israel; therefore, I expect the Health Ministry and the law enforcement authorities to deal with the abusers to the fullest extent of the law and to ensure that these events do not recur.” 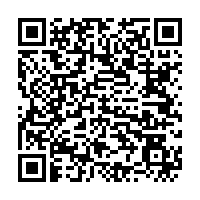