Prime Minister Benjamin Netanyahu issued the following statement regarding the evacuation of the Syrian ‘White Helmets’ via Israel:

“Several days ago President Trump contacted me, as did Canadian Prime Minister Trudeau and others, and requested that we assist in evacuating hundreds of ‘White Helmets’ from Syria. These are people who have saved lives and whose lives were in danger. Therefore, I approved their passage through Israel to additional countries, as an important humanitarian gesture.


Concurrently, we will not stop taking action in Syria against Iran’s attempts to establish a military presence there.

At the same time we are also taking action in the south. We hit Hamas very hard over the weekend and – if it proves necessary – we will hit them seven-fold.” 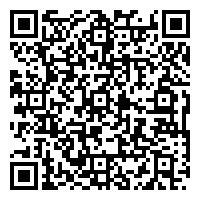