Emmanuel Nahshon, spokesman for Israel’s Foreign Ministry, on Sunday tweeted: “Upon request of the US, Canada and European states Israel has completed a humanitarian effort to rescue members of a Syrian civil organization (“ White Helmets”) and families. They were evacuated from the war zone in Southern Syria to a neighboring country.”

Its 5am here in Israel now. We are at the border crossing to jordan. Many busses with white helmets plus families arrived. @BILD pic.twitter.com/RNHKlixmNK


Two hours earlier, the IDF Spokesperson’s Office tweeted: “Following an Israeli Government directive and at the request of the United States and additional European countries, the IDF recently completed a humanitarian effort to rescue members of a Syrian civil organization and their families.”

The neighboring country, according to the German newspaper Bild, is Jordan, to which Israel evacuated close to 800 personnel and families of the White Helmets from southwestern Syria.

The White Helmets, officially known as Syria Civil Defense, is a volunteer organization that operates in parts of rebel-controlled Syria and in Turkey. Created in 2014, after the start of the Syrian Civil War, the group carries out search and rescue operations in response to bombing, medical evacuations, evacuation of civilians from danger areas, and essential service delivery. As of April 2018, the organization says it has saved more than 114,000 lives, while losing 204 volunteers in the process.

The White Helmets have been the target of a disinformation campaign by Syrian and Russian regime propaganda outlets, with false claims of having close ties with terrorist activities, including blaming them for Syrian and Russian chemical attacks on civilians. The US initiated the move to evacuated them from southwestern Syria, ahead of the invading Syrian and Russian forces.

Jordan’s Foreign Ministry stated in a press release that Amman allowed the UN to arrange passage for the Syrian refugees through its territory, ahead of their resettlement in Western countries. 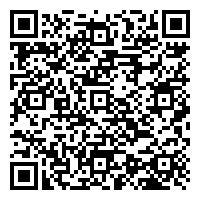