Inspectors from the Marine Unit of Israel’s Nature and Parks Authority who set out on an infrastructure inspection cruise and dolphin survey this week met a pod of dolphins off the coast of Netanya who escorted them for the remainder of their cruise. The pod included about 8 individuals, including two puppies, and they were all playing amidst the waves.

Yali Mevorach, project manager at the Nature and Parks Authority, related: “The common dolphin is the most common marine mammal in Israel. Its body is full and stocky and its color is gray to brown, with a light belly. Its beak is short and thick, separated by a prominent fold from the anterior tip. It is 2.5 to 3.5 meters (7.5 to 10.5 ft) long.


“An average pod consists of five individuals, including females and puppies, or youths of both sexes. The males swim alone or in pairs and occasionally join passing pods.

“The common dolphin lives above the continental shelf and sometimes visits the deep sea. It mainly preys on animals near the seafloor, including fish, octopuses, and other mollusks.

“The common dolphin breeds throughout the year. After a pregnancy of about a year, the puppy is breastfed for about 20 months and accompanies his mother at least until the next time she gives birth.

“The population of dolphins found along the Mediterranean coast in Israel is estimated at 300 individuals.” 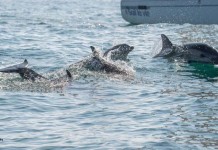 A Pod of 15 Dolphins Spotted Off Ashkelon’s Coastline 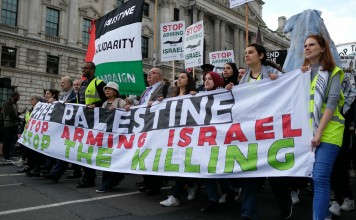 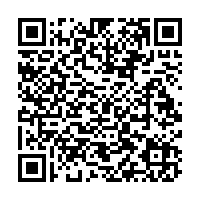