The six suspects in a diamond smuggling affair were remanded to jail for seven days Monday night. The six, suspected of smuggling diamonds worth $82 million, include five close associates of billionaire businessman Lev Leviev, among them his son Zevulun and his brother Moshe. Leviev has moved to Hampstead, London, in 2007, and in 2017 relocated to Russia. Leviev also owns homes in Ponte Vedra, Florida and in Israel’s luxury township of Savion.

Police suspect the smuggling was carried out between 2008 and 2018, and are focusing their investigation on Lev Leviev’s LLD Diamonds. The company’s website boasts that it is the world’s largest privately held diamond manufacturer and the world’s largest diamond and cutting group, with its own widespread sources of rough goods.

Back in 1998, after the De Beers Group, the dominant international corporation dealing with diamond exploration, mining, and trade, became entangled in a blood diamonds scandal, Leviev moved in on the legal Angola diamond market, reportedly with the help of a few Russian tycoons.

A police spokesperson told Calcalist that “Leviev was not arrested” because “he is now in Russia.”

Attorney Amit Hadad, representing the one suspect who is not a Leviev associate, complained that “Lev Leviev, the man capable of obstructing the investigation, is walking around free in the streets of Moscow, and my client is breaking his back over here, sitting on the benches.”

Police would certainly like to interrogate Leviev in connection with the smuggling case. LLD Diamonds, for its part, issued a statement Monday, saying, it is not familiar with the reported event, and stressing that “Mr. Leviev and the companies under his control act in accordance with the proper norms, while strictly adhering to the law.
We hope that the matter will soon be clarified and the suspicions will prove to be baseless.”

According to The Guardian, in 2017 President Trump’s son-in-law Jared Kushner sealed a real estate deal worth $295 million with Leviev’s firm, which had been cited in a major New York money laundering case.

Leviev is a major supporter of Jewish philanthropic causes, and serves as president of the Federation of Jewish Communities of the CIS (FJC), an umbrella organization representing Jewish communities across the former Soviet Union. He is the founder of the Ohr Avner Foundation (named after Leviev’s father). Born in Samarkand, Uzbekistan, Leviev is a prominent member of the Bukhari Jewish community, and serves as president of the World Congress of Bukharian Jews. 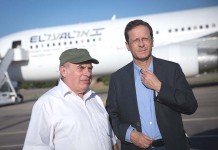 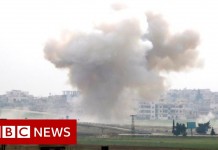 Parshas Chukas: A Reason to Transcend