Knesset Interior Committee Chairman MK Walid Taha, who is also the Ra’am faction’s chairman, this week submitted a bill to connect illegally constructed homes in Arab localities to the electric network. The coalition is expected to throw its weight behind the bill which will receive a preliminary vote in the plenum.

The Regavim movement reacted angrily to the move, suggesting the “Electricity Bill” is a reward for the rampant, illegal construction in the Arab sector.

“The ban on connecting electricity to illegal structures is one of the most significant tools in the hands of the state in fighting against illegal construction, making such construction unprofitable,” a Regavim spokesperson said Thursday.

“If Ra’am’s bill is passed, it would mean the effective laundering of tens of thousands of illegal structures,” the spokesperson warned, adding, “The State of Israel must not have two separate legal systems for planning and construction: in the Jewish sector, the laws exist and are being enforced, while there are tens of thousands of illegal homes in the Arab sector—against which the courts have issued demolition orders—and not only are those laws not being enforced, but they will also receive a seal of approval by being connected to the country’s infrastructure.” 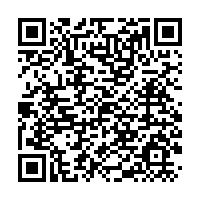