Prime Minister Benjamin Netanyahu on Monday met with Sephardi Haredi Shas splinter party Yahad chairman Eli Yishai, in an attempt to bring right-wing parties together, because of his fear of the right-wing bloc losing seats in the April 9 election, Kikar Hashabbat reported.

According to sources inside Yahad, Netanyahu asked Yishai to agree to settle on a realistic spot on Habayit Hayehudi’s Knesset list, even if it won’t be in the top four. He promised Yishai that regardless of the results, he can count on a ministerial job in the Likud-led government after the election.

Israel Hayom on Tuesday reported that the prime minister has been working full throttle to pressure Habayit Hayehudi and the National Union into a joint list with Yishai, as well as with the Kahanist party Otzmah Yehudit (Jewish Power).

“Without a right-wing union, a leftist government would be formed,” on the right,” Netanyahu has been rumored to say in closed conversations.

Of course, according to Naftali Bennett’s version, regardless of whether it would be a right- or a left-leaning government, Netanyahu would be the one to head it.

The efforts to bring about a union of the small right-wing parties, some of which face failure to cross the 3.25% vote threshold, filled up the prime minister’s day on Monday. He spoke on the phone with several religious-Zionist rabbis, including Rabbi Chaim Druckman, and also contacted Rabbi Yehoshua Zuckerman, who is considered the spiritual guide of Habayit Hayehudi chairman Rabbi Rafi Peretz.

Netanyahu also invited Bezalel Samotrich and Rabbi Peretz to his office, presumably in order to pressure them to reach a union with Jewish Power, whose leaders are identified with the extreme right in Israel and with the teachings of Rabbi Meir Kahane HY’D.

Whether you agree or disagree with Meir Kahane’s way, Habayit Hayehudi fears that a joint run with the likes of Itamar Ben-Gvir, Baruch Marzel, Yoram Sheftel and Michael Ben Ari would drive their voters away to the New Right party or to the Likud.

Which is why Smotrich and Peretz refused to attend the meeting with the prime minister – part of an emerging trend in the relationship between religious Zionists and Netanyahu – a few weeks ago the top leaders of the Samaria settlers chose to boycott a meeting with the PM.

In response, Netanyahu called Samotrich’s father, to try to enlist him in the campaign to unite the non-Likud right-wingers.

Smotrich said in response that if Jewish Power is so important to Netanyahu, he should add them to the Likud’s Knesset list. Likud insiders explained that should the Likud merge with Jewish power, it would result in the loss of seats.

Samotrich had no problem understanding Bibi’s hectic campaign: “Kahlon and Liberman are also on the vote threshold,” he said on Monday, “I wonder why there is no campaign calling on Netanyahu to take them in, to prevent the loss of votes to the right-wing bloc. Why is everyone dealing only with our own union with Jewish Power?”

“I’ll tell you why,” Smotrich answered his own question. “It’s in order to make us look like extremists and siphon away our seats.”

“Netanyahu is worried about the Likud, not about the right-wing bloc,” he stated.

In a humorous tit-for-tat, Smotrich later called on the prime minister “to overcome his own repulsion he has about Moshe Feiglin,” and give him a reserved realistic spot on the Likud’s Knesset list.

It’s highly doubtful Feigling, whose Zehut (Identity) party is also tittering on the threshold, would accept such an invitation – but it’s rewarding to see that MK Smotrich is adept at playing “I’m rubber you’re glue.” 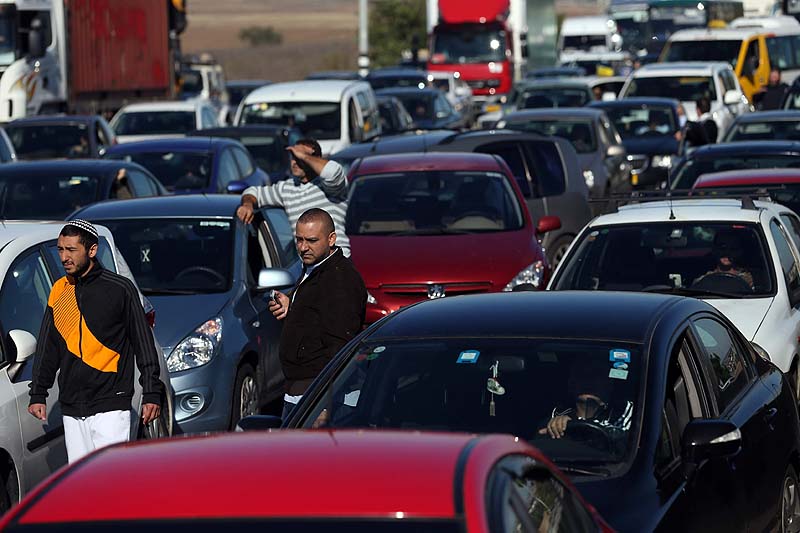