Remember the speculations last June that the Lapid-Bennett coalition government would lure in disgruntled politicians from the Haredi parties and even from Likud? That hasn’t happened yet, but it appears that MK Idit Silman, who chairs the Knesset Health Committee and serves as the coalition chairperson, is looking into the possibility of joining Yair Lapid’s Yesh Atid party in the next elections, and has discussed the idea with her associates and even reached out to Yesh Atid officials – according to an Army radio report on Sunday.

Silman’s office said in response: “There’s no point in responding to needless speculations, certainly not to ones dealing with the day after the resolution of this Knesset – four years from now. MK Silman continues to deal only with health and action for the benefit of the citizens of Israel. We will be evaluated based on our deeds. Good health to everyone.”


Silman has a long history of ship-jumping: in the run-up to the 22nd Knesset elections, she was placed in eighth place on the Yamina list and was not elected after the list had won seven seats. After the election, she was appointed chairman of the Habayit Hayehudi Center by its chairman, Rafi Peretz. In the run-up to the elections to the 23rd Knesset, Silma left Habayit Hayehudi, moved to Bennett’s and Shaked’s Yamina party, and was placed in seventh place on its list. Yamina received six seats, and Silman did not enter the Knesset. In December 2020, she was placed in eighth place on the Yamina list for the 24th Knesset. They received seven seats, but following the resignation of Sderot Mayor Alon Davidi one day before the swearing-in, Silman entered the 24th Knesset in his place. After the formation of the thirty-sixth Israeli government, she was appointed chairwoman of the coalition.

Srugim cited a political insider who said Silman is only too aware of Bennett’s fragile future once he hands over the reins of government to Yair Lapid. “Silman apparently understands that with Yamina, her chances of being in the next Knesset are zero,” said the source, and speculated that she would like to replace MK Eliezer Stern as the token knitted yarmulke in Yesh Atid (Stern has stepped on a few landmines recently, admitting and then denying that in his role as the IDF HR chief he shredded female soldiers’ complaints about their commanding officers’ sexual harassment.

Silman’s husband, Shmuel, was forced to resign his post as CEO of Meuchedet, Israel’s third-largest HMO, over a conflict of interests when Idit became chair of the Health Committee. 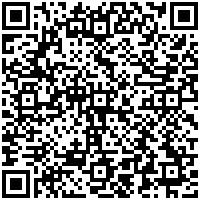