The dean of the Interdisciplinary Center (IDC) in Herzliya, Prof. Amnon Rubinstein, who served in the Knesset between 1977 and 2002 as member of the Meretz party and held several ministerial portfolios, then spent many years on the Supreme Court, told Israel Hayom in an interview to be published Friday that he finds it difficult to believe the Labor Party will “recover from such a crushing defeat. I give it a small chance,” he says. He then added, “The Palestinians contributed to the defeat of the left. The practical concept, which I support, of land in exchange for peace, has failed.”

The 2006 winner of the prestigious Israel Prize for Law, Prof. Rubinstein is the definition of Israel’s bourgeois, secular elite. Credited with heralding the political support for Supreme Court President Aharon Barack’s legal revolution, and with being part of the Oslo cabal inside Prime Minister Yitzhak Rabin’s Arab parties-supported government, he belongs to a once domineering and today fading social cast that still believes in Israeli secularism and is deeply frustrated by the Israeli blending of religious and secular which has produced a resilient majority of “traditional Jews” who mostly identify as light Orthodox.

With all of the above to be considered, Prof. Rubinstein is aghast at last week’s election, which he sees as “a continuing shift away from secular Zionism toward religious Judaism.”

“Last week, we received another proof that there is a strong movement toward the extreme right, while legitimizing Kahane’s ideas,” he laments. “This is a great disaster, which will worsen if the Kahanists and supporters of Kahanism receive important ministries like Education and Justice.”

“The possibility that [National Union chairman, MK] Bezalel Smotrich will be Minister of Education is a catastrophe as far as I am concerned,” he says. “Even as it is, the Ministry of Education is a religious ministry, the state education system is discriminating against secular education, first and foremost in budgets. There is not one minister or one member of Knesset who worked in behalf of the secular public education system and defended it.”

And, as was to be expected, Rubinstein is critical of the fact that “the curriculum of the Ministry of Education is entirely Orthodox Judaism. High school students finish their studies without knowing that there are other streams of Judaism which are very significant.”

That’s the old dream of the receding “secular” elite, saturate the country with Reform Western Jews and atheistic Soviet Jews, to push back the advancing Orthodox hordes, both Haredi and national religious. Alas, the dream was shattered: Western aliyah is by far more Orthodox than otherwise, and Russian Jews who want religion prefer the authentic Judaism over the church-inspired 19th century Reform movement.

Rubinstein argues, “While the majority of the population is secular, politically, the secular are a minority. They have almost no influence, and no one protects their way of life. I do not remember when there was a law or bill that was intended to benefit the secular public.”

That’s because only a small number of Israelis who define themselves as “secular” mean that term to be “anti-Orthodox.” Which is why they vote Likud and turn their backs on ancient relics of Zionist history such as Labor and Meretz. It is a fact that Meretz this time around made it over the threshold vote only with the heavy backing estimated at about 40,000 votes from the Arab sector – in support of MK Esawi Frej. Don’t get me wrong, it’s a lovely thing for Arab voters to support Meretz, but it doesn’t make Esawi Frej a secular Jew… 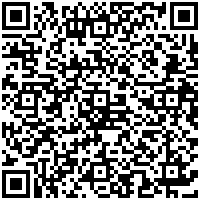