There was great excitement at Ohr Torah Stone’s Robert M. Beren Mahanaim Hesder Yeshiva in Gush Etzion this week as 19-year-old Nadav Talker, a first-year student, completed the Shas for the second time.

Nadav’s journey in the ocean of the Talmud began when he was a 10th-grade student at Neveh Shmuel yeshiva high school, also part of the Ohr Torah Stone educational network.


“It all began at a special ceremony the school held in Jerusalem in honor of students in my year who completed tractate Megilla,” Nadav recalls. “During the event, Israel’s Chief Rabbi, Rabbi David Lau, suggested that everyone commit to completing a tractate, and I decided to commit to Bava Metzia, one of the longer tractates in the Shas.”

The journey was not easy, and Nadav recalls giving up a few times. But toward the end of junior high, he decided he had to keep his commitment. “I began investing three hours a day, completing four or five pages, until I managed to complete the tractate. In the end, I decided that if managed to invest so much time up to now, there was no reason I couldn’t complete the entire Shas that way, and that’s what happened.”

After beginning his first year at Mahanaim, Nadav decided to return to the Shas, resuming his studies at the beginning of Zman Elul last year (August of 2021). “At the first siyum-completion, many people congratulated me, adding that they hoped I would have the privilege of completing the Shas again, so I decided to accept it as a commitment,” he says. “I studied during every moment that wasn’t part of the regular study schedule, and there were also many hours of study at night after evening classes.”

This week, his efforts paid off and he completed the Shas a second time.

Achiya Greenblum, a 12th-grade student at Neveh Shmuel high school yeshiva, has followed Nadav’s example and completed the Shas this month. Both young men were presented with a set of Shas from Rabbi Dr. Kenneth Brander, President and Rosh Yeshiva of the network, as a token of esteem.

“This time around I invested not only in the studying the Gemara but also in summarizing the halachot according to their order in the Shulchan Aruch,” says Nadav excitedly. “Thank God, I was able to finish the task and complete the Shas for the second time, although I still haven’t fully absorbed this unbelievable privilege. It was especially wonderful to see how much I still remembered from the first round.”

As he prepares for his upcoming service in an elite IDF unit, Nadav intends to continue setting aside time for Torah every single day, despite the demanding military service, and with God’s help hopes to complete the Shas for the third time.

Mahanaim’s Rosh Yeshiva Rabbi Shlomo Vilk says: “It is hard for us to take at face value the idea that the Torah ‘protects and saves’ from injury and disaster. However, it protects a life lived with meaning, the quality of life, humanity, and the work of God. Nadav is the best example of this, in his conduct, his humility, his contribution to his friends, and his devotion to the Torah and mitzvot.” 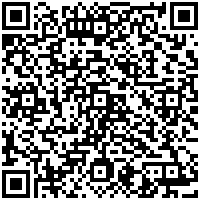