No one in the Israeli media has any doubt that the elections called on Monday for the beginning of April—the 2nd or 9th of the month—serve Prime Minister Benjamin Netanyahu above anyone else. He hopes he will be able to be elected for his next term before the attorney general decides to file a bribery indictment against him.

It is clear that Bibi will have an easier time defending himself from his accusers after receiving a fresh vote of confidence from the voters.


But the politicians who caused Bibi to have to deal with the dissolution of his coalition and new elections while he is riding on the back of a prosecutorial tiger, the Haredi parties Shas and United Torah Judaism, stand to pay a high price as well.

Because the Netanyahu government collapsed over of the public debate of the IDF’s draft of the Haredim, there is zero doubt that an important and central part of everyone’s election campaign will be devoted to “burden equality,” the fundamental question that the Jewish state has been dealing with for 70 years, and with increasing severity: why should thousands of Haredim receive special treatment in their military service?

In a political environment in which at least three brand-new center-right parties are expected to join the campaign, including one headed by former IDF Chief of Staff Benny Gantz, there is a serious chance that the Haredim will remain in the opposition again, removed from their current control of government budgets, as they did in the previous Knesset, and that the center-right parties will find a common denominator among them that will include incriminating the Haredi refusal to serve in the army.

MK Uri Maklev (Degel Hatorah) responded to a question from Kikar Hashabbat on Monday if his party expects to demand as a condition for entering the next coalition to make changes in the draft law: “Not only changes in the law, we could ask as our first condition, for the enactment of the Basic Law Torah study, which is the constitutional foundation, which we wanted to pass in this term and did not succeed.”

The proposed law, which has a snowball’s chance on the shores of the Dead Sea to pass but makes for a great Haredi vote-getter, legally recognizes studying Torah as equal to serving in the IDF, with all the consequent government-issue benefits.

Shas chairman and interior minister Aryeh Deri said to Kikar Hashabbat Monday that “Shas is arriving at the elections prepared.” As for the fact that some of the polls give his party less than the threshold vote (which requires they get 4 seats before they get 1), he answered, as is appropriate for a Haredi politician: “I can only thank God, that we are better prepared, and a better situation for us than today – could not have been.”

“Thank God, the campaign is prepared in every way, Shas is coming to the elections in its best possible for,” Deri declared.

Yesh Atid chairman MK Yair Lapid, who was the one who toppled the Netanyahu government on Monday when he declared that his party would vote against the draft law, the same law that Lapid had voted for not long ago, and had been criticized for it by his colleagues at the opposition benches.

“After the elections, a government headed by myself will pass the draft law without tricky combinations,” Lapid said. “We are done waiting, we are done being suckers, Yesh Atid will vote against the draft law.”

Lapid said in his statement that about a month ago, he demanded from Prime Minister Benjamin Netanyahu as a condition for his support of the draft law that the PM guarantee that the Haredim not receive monetary compensation in return for the draft law.

“But they told them – don’t worry about the economic sanctions. We’ll pass you the money under the table. This is a tricky combo. [Likud coalition chairman MK David] Amsalem said it clearly in the committee. In front of the cameras,” Lapid said.

MK Maklev was asked if, following reports in the Israeli media of sharp differences of opinion between the UTJ Lithuanian partners who were willing to live with the draft law and the Hasidic partners who adopted an all or nothing approach, would Degel Hatorah and Agudath Israel continue their partnership?

“First of all, in United Torah Judaism we are all committed, our very name expresses an obligation, and we will make every effort, a genuine effort, to continue running together,” Maklev said.

Would he and his Lithuanian colleagues like to change the composition of the list, make it less dependent on the uncompromising approach of the Gerrer Rebbe?

“We will make every effort to go together, with all that this entails,” MK Maklev said. “We don’t set preconditions, we sit at the table in a good atmosphere, with an open heart and an attentive ear, we do not sharpen our messages or deliver ultimatums,” Maklev said.

Yes, they most likely will demand changes in the UTJ Knesset list, and they may consider running independently. The Lithuanians have already signaled their willing ness to abandon their Chassidic allies during the municipal elections in Jerusalem. It’s going to get interesting. 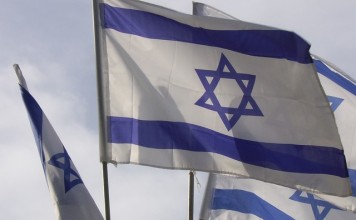