Prime Minister Benjamin Netanyahu this week asked the heads of Shas and United Torah Judaism to moderate their demands in matters of state and religion in the coalition negotiations, Reshet Bet radio reported on Wednesday. Netanyahu is concerned about pushing Yisrael Beiteinu chairman Avigdor Lieberman into a corner, and giving him reasons to harden his positions even further in the coalition talks.

According to the report, Netanyahu fears that should the Haredim—who gained 16 seats in April’s elections, insist on some of their demands, this may ultimately lead to a situation in which he is unable to establish a majority government.

The main bone of contention is the military draft law. Liberman is not willing to make even a minor change in the law which he submitted on behalf of the IDF leadership, and announced that he would not enter the government if it is changed.

United Torah Judaism insists on several changes in the law and declared that it would not join a Netanyahu-led coalition without them.

All the attempts to find solutions have not been successful so far. Liberman is not prepared to compromise on his demands, to the point, according to Haaretz, where his confrontational behavior is causing Netanyahu to fear that this is not purely grandstanding on the part of the 5-seat faction’s leader, but part of an alliance he forged with Kulanu head Moshe Kahlon in order to prevent the PM from forming a government.

On Tuesday, Walla published Kahlon’s statement that he would not sign the coalition agreement before Liberman did, which added a great deal to Netanyahu’s anxiety.

It doesn’t help that United Torah Judaism is also pushing for new Shabbat legislation, which is tantamount to throwing a red muleta before the secular bull Liberman.

The coalition talks also face a seemingly insurmountable difficulty from the Rightwing Union—also a five-member faction, where MK Bezalel Smotrich is insisting on taking the Justice portfolio, where he has already promised to start a revolution that would reverse 20 years of Supreme Court activism.

According to Reshet Bet, Likud has offered the Rightwing Union the Transportation portfolio for Smotrich, which he could use to crisscross Judea and Samaria with multi-lane highways and possibly even railroad tracks. Smotrich himself is yet to respond to this offer.

If the draft law crisis is not resolved, Liberman will not join, but will likely also not vote against Netanyahu when the latter presents his 60-member coalition government for the Knesset’s approval. Liberman would abstain, and Netanyahu would have to run to him for approval on every single bill, which should be fun to watch. It means that at any point Liberman could join the rest of the opposition in toppling the Likud government, but also that the Netanyahu-Liberman coalition talks would continue indefinitely. 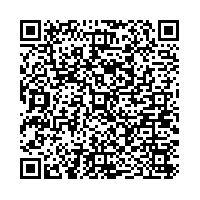