Police on Tuesday recommended that Deputy Health Minister Yacov Litzman (United Torah Judaism) be prosecuted for bribery, witness tampering, fraud, and breach of trust. Police suspect that Litzman exploited his status and authority in the health ministry to improperly influence the discretion of the professionals under his rule.


Police announced it has formed an evidentiary foundation against Litzman for offenses that include offering bribes, fraud and breach of trust, in the context of a case in which he allegedly offered various benefits to his office employees so they would issue various permits to a food business whose owner is close to Litzman, in order to prevent the business’ closing.

In another case, evidentiary foundation has been formed against Litzman for witness tampering, fraud and breach of trust, for attempting to influence the opinions of two health ministry psychiatrists who had been appointed to determine Malka Leifer’s mental fitness to be extradited to Australia to be tried for sex offenses against juveniles.

Leifer is the former principal of Adass Israel school for girls in Melbourne, Australia, facing 74 charges concerning her conduct from 2003 to 2008. At least eight victims have come forward to accuse her.

Police Special unit Lahav 433 also investigated suspicions that Litzman had acted to influence employees of the Mental Health Center to assist in the early release of several prisoners. Police concluded that some of the incidents in that case had passed the statute of limitation, and could not be used to establish an evidentiary foundation.

The investigation files will be forwarded to the Jerusalem District Attorney in the coming days in preparation for a decision on whether to indict Litzman. 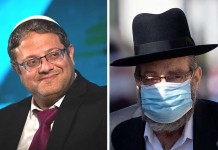 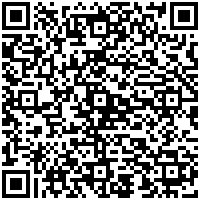