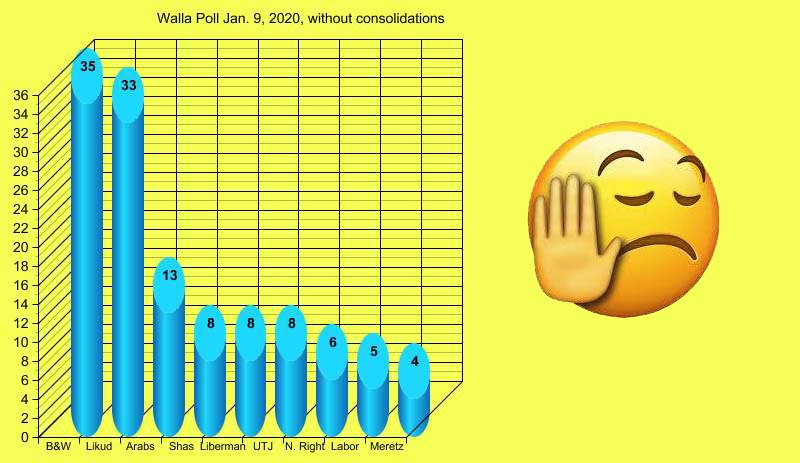 Public and political pressure in Israel for consolidations on the left and the right is increasing, less than a week before the January 14 deadline for submitting the 23rd Knesset election slates. But a poll conducted for Walla by Midgam Institute headed by Mano Geva reveals a complete stalemate between the left and right blocs, with and without unions.

Should there be no consolidations, with the Joint Arab List and Liberman’s Israel Beiteinu on the sidelines, Blue&White has 44 seats, compared to Likud’s 55 seats, a perfect replica of the 22nd Knesset election results.

But if there is no union on the right, Naftali Bennett’s and Ayelet Shaked’s New Right party would receive 6 mandates, but Habayit Hayehudi / Otzma Yehudit would receive only 2.8% of the votes and the National Union (Smotrich) only 1.1%. Running together, a rightwing union would receive 8 seats.

The survey shows that if the Labor-Gesher and Meretz do join forces, they would receive the total number of mandates would each get when running separately. The advantage here is that running together they would be spared the anxiety of failing to cross the 3.25% vote threshold. 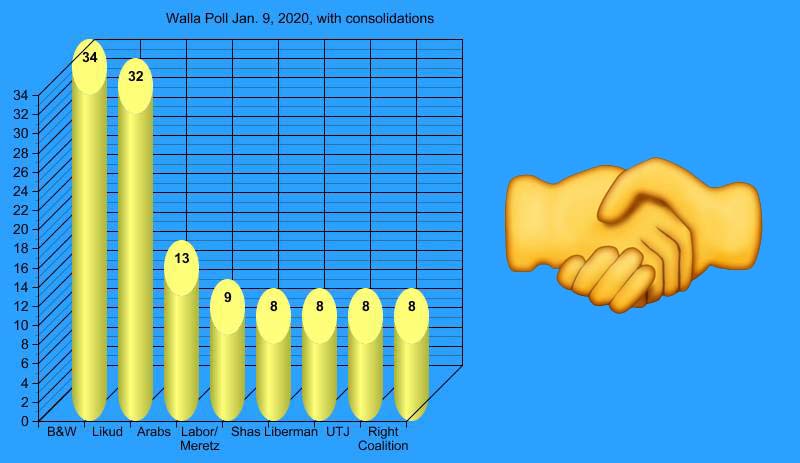 But the consolidating the rightwing parties would rescue at least two seats, which is great for those four parties, but would not deliver the desired 61 seats: Netanyahu would still have only 56 seats (one more than without the consolidation). Blue & White would actually lose some power in this scenario, with only 41 seats. 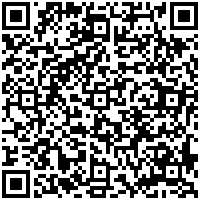