The daughter of the late Rav Ovadia Yosef, Adina Bar-Shalom, on Sunday criticized harshly both Shas leader Aryeh Deri and the party her father founded and led until his last day. “If it were up to me, Shas would be history today,” Bar-Shalom told a conference of graduates of the Gesher Leadership Institute.

The Gesher Leadership Institute nurtures and trains “change agents” in education, business, the security forces, academia, and social activism to become influential in their field in Israeli society.


Referring to the failed Haredi College of Jerusalem she had founded, the first higher education institution in that city designed for the Haredi sector, Bar-Shalom said she was very hurt because Deri never lifted a finger to prevent her institution’s closing.

“As an elected politician and interior minister, I believe he could have done a great deal if he wanted to,” Bar-Shalom said.

In late 2016, the Council for Higher Education decided to close down the Haredi College of Jerusalem which had been in serious financial troubles for several years and suffered from a low student enrollment.

Bar-Shalom also noted that the Shas chairman “has changed a lot since he has gone to jail. Before, he would have known how to mediate and connect between different worlds, a man of great stature. It’s a shame that he went to prison and became completely ruined.”

Deri served 22 months in prison from 2000 to 2002, after being convicted of taking bribes while serving as interior minister. He has since returned to the Interior Ministry and is once again under investigation for graft.

In early April 2011, Bar-Shalom signed a petition calling for Israel’s withdrawal from the Golan Heights and for the creation of Palestinian state in the 1967 border, with eastern Jerusalem as its capital.

In March 2014, Bar-Shalom wrote that “Haredi feminism is already here,” noting that “the Haredi feminist is different from the secular feminism. Even though she doesn’t use the term ‘feminist,’ she definitely wants equal rights, but as long as it does not contradict the Torah. A Haredi woman is not interested in competing with her husband about anything, just to prove that they are equal. There are things that he is better at, and there are things that she is better at. Just like an expert in biology would not argue with an expert in chemistry, and vice versa.”

In early 2014, Bar-Shalom considered a bid to become President of Israel. 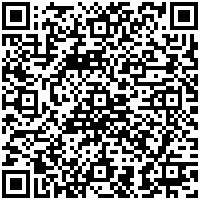