Likud and Religious Zionism issued a joint announcement early Tuesday morning, saying they made progress in their negotiations and reached the threshold of signing agreements on most issues. Also, contrary to media reports, Religious Zionism is not opposed to the appointment of a temporary Speaker of the Knesset “immediately.”

About that temporary Speaker: somehow the news got out that Bezalel Smotrich was using as a bargaining chip the much-needed appointment of a right-wing replacement for the current Speaker from Yesh Atid, Mickey Levy. I noted yesterday (Deri Conditions Joining Netanyahu’s Coalition on Law Letting him Serve Despite 2nd Criminal Conviction) that to bypass a predictable High Court of Justice ruling against Deri becoming a government minister with two separate prison sentences––one real, one probation––the Knesset would have to amend the law to say that a probation sentence is not the same as a behind-bars-sentence, absolving Deri of the disgrace clause that would ban him from political activity for seven years.

To pass such a law, the Knesset would have to vote on it before and after it goes to committee, and the Speaker would be the one to approve its submission in the plenum. Rest assured – Mickey Levy would not allow it, so Mickey Levy must be removed in favor of a Likud MK, and to do that Netanyahu would need his 64 hands.

I wrote yesterday: “Bezalel Smotrich, for his part, who is not yet signed in as a member of Netanyahu’s coalition, could use the legislation as a way to extract some of Deri’s political capital, say, doing away with the silly idea of rotating the Finance portfolio between them, leaving it in Smotrich’s control for the remainder of this government’s life.”

In summation: Smotrich agreed to support a Likud candidate for Speaker of the House, and that helped cut through the delaying tactics Netanyahu et al were amassing to make sure Religious Zionism came to the wedding only after the kitchen ran out of steak.

Shas Chairman Aryeh Deri did not hide his rage at the delay in getting rid of the disgrace thing and delivered a threatening message at his faction’s meeting on Monday: “We are not close to signing,” he said. “We were close to finishing a few days ago, but there is a setback in the negotiations. I don’t mean to threaten, but we have to decide how much more we can give up to form the government. We need to know where to draw the red line.”

Meanwhile, United Torah Judaism is also unhappy with the stuck negotiations. “The issue of portfolios remains unresolved even after the long meeting that took place on Sunday between the leaders of our party and Netanyahu and Yariv Levin,” a UTJ official told Maariv. “And let’s not forget that apart from the portfolios, we have a long list of principled demands. At this rate, a government will not be formed even after the end of the initial mandate from the President and Netanyahu will have to ask for an extension.” 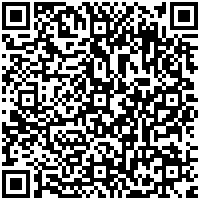