Former Sephardic Chief Rabbi Shlomo Amar on Wednesday proposed to former Shas chairman Eli Yishai to return to the party unconditionally, Israel Radio reported. Rabbi Amar hinted that it is possible that the current party chairman, Interior Minister Aryeh Deri, will soon vacate his place in the political arena, and Yishai would be able to return to the party’s leadership.

According to Israel Radio, sources close to Rabbi Amar confirmed this report, and the former Chief Rabbi also repeated his statement to other sources.

The rivalry between Aryeh Deri and Eli Yishai goes back to 2014, when Deri returned from his exile following his conviction and prison sentence for embezzlement. Deri, with explicit support from the party’s religious mentor Rabbi Ovadia Yosef, pushed Yishai from the chairmanship. At that point, Shas had 11 seats in the Knesset. In the 2015 election, Yishai ran on a separate list and failed to pass the threshold, while Shas under deri’s leadership shrank to 7 seats. With new police investigations of corruption charges against Deri, the polls suggest his party might not cross the threshold either come next election.

According to Israel Radio, Yishai rejected the former chief rabbi’s proposal, insisting instead on a union between Shas and his own Yachad (Together) movement. Yishai wants the united list of these two parties to be based on the zipper model – one Yachad candidate for every Shas candidate.

The likelihood of the illustrious Sephardi party disappearing from Israel’s political map altogether over the prolonged strife between the two leaders, Deri and Yishai, is alarming to the Sephardi religious establishment – but apparently no one else. In its heyday, in the mid to late 1990s, Shas was 17-seat strong and represented a broad swathe of the Sephardi public, including traditional and secular voters. These days, even if the party manages to survive with four seats in the Knesset, it will remain the second largest Haredi faction in the Knesset, with little to offer to its former public. 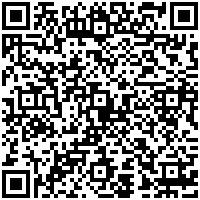