Likud Chairman Benjamin Netanyahu met Tuesday night with Religious Zionism Chairman Bezalel Smotrich, following which Smotrich’s party issued a statement saying: “The Likud reneged on the agreement that had been reached the night before and we in effect returned the negotiations to the starting point.”

According to sources in Religious Zionism, the Likud reneged on the division of portfolios as well as the long and hear warming list of commitments regarding the settlements. Classic Bibi.


Amit Segal reports that the disagreement is regarding responsibility over the settlements. Smotrich demanded that the Civil Administration be under his ministry’s authority, in order to ensure that the Palestinian Authority’s illegal construction in Area C was thwarted. The Likud is refusing, because of the political sensitivity of the subject to certain international parties.

The Likud issued a statement saying all they asked of Smotrich was to be the next Finance Minister only for two years and then be replaced by Shas Chairman Aryeh Deri. What’s the big deal?

The big deal is that while Smotrich is an inspired believer in a free market economy, Deri is a Haredi borderline communist who believes in empowerment through issuing billions in food stamps. Anything Smotrich would achieve in pushing Israel’s economy into a brighter future would be stopped and reversed two years down the road. Like I said, classic Bibi.

Also, while they’re at it, Likud negotiators insisted on moving key departments from the finance ministry to the prime minister’s office, severing the next finance minister’s access to key agencies that control the country’s wealth.

Otzma Yehudit Chairman Itamar Ben Gvir encountered similar fundamental disagreements with Netanyahu, after a week during which Likud had celebrated how much nicer he is to deal with compared to the bad boy Smotrich. Netanyahu informed Ben Gvir he was not giving him the Ministry for the Development of the Negev and the Galilee – which in Ben Gvir’s approach is dovetailed with Internal Security.

Ben Gvir said Tuesday night he insists on appointing his party member MK Almog Cohen to the development ministry “because he represents everything that’s beautiful in Israeli society, including the residents of the Negev and Galilee – it’s not for nothing that we insist on getting this portfolio. We must invest there and without being able to sustain that we simply won’t enter the government.”

In 2021, Almog Cohen was one of the founders of the Committee to Save the Negev, an organization that fights crime in the Negev. Following Operation Guardians of the Wall, Cohen founded the Barel Patrol within the organization––combat units veterans who help maintain security in southern residential neighborhoods. Ben Gvir plans that while Internal Security fights lawlessness using an expanded and improved police force, the Negev and Galilee Development ministry would galvanize civilian resistance to lawlessness.

By the way, when most Israeli politicians and media outlets say “lawlessness” they mean “Bedouin” and, more generally, “Arabs.”

Meanwhile, United Torah Judaism insists on receiving an additional portfolio on top of the Ministry of Construction and Housing, the Ministry of Jerusalem Affairs, and chairmanship of the Finance Committee (Moshe Gafni’s old job), because according to them the compensation package for Aryeh Deri created a new proportion of the number of MKs to portfolios, so they also want the Ministry of Social Equality.

Is it any wonder the members of the winning party––remember them? ––are in a hissy fit because they’re looking at the choice portfolios Netanyahu is giving away to their opposition partners and wonder what breadcrumbs are in store for them. Several, including MKs David Amsalem and Yisrael Katz, have already announced that if they don’t land a major portfolio, then Netanyahu can find someone else to vote for him. They’ll come back, of course, because even at this late stage in his career, Netanyahu is still capable of destroying their political future.

Still, everyone remembers former Likudnik Ze’ev Elkin who in 2020 was appointed Minister of Water Resources. Not a very big stepping stone in anyone’s opinion. 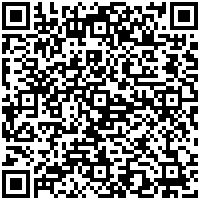