Haaretz reported on Sunday about Religious Zionism Chairman Bezalel Smotrich’s speech at the Knesset during the special session in memory of Prime Minister Yitzhak Rabin’s assassination: “There, the dark and deranged conspiracy heard only in the most extreme settlements is on its way back to the table of the government and the cabinet.”

As usual, when the left runs out of cogent arguments, it starts cussing.


But some of what Smotrich said behind the podium on Sunday had been backed by a commission of inquiry and even reported on in Haaretz.

And other points, which Smotrich did not say at all, have been the subject of several books that attempted to piece together a few details about the murder that just didn’t fit. Such as, why did it take the car with Rabin in it an outrageous amount of time to reach Ichilov hospital, which is a five-minute walk from the site of the murder? And why did witnesses hear a man standing next to the assassin, Yigal Amir, yell out, “Srak, srak,” meaning, “Blank, blank?” And why did Rabin’s wife, Leah, write in her book that “Yitzhak looked perfectly well” when she saw him entering the car? And of course, there are all the unanswered questions surrounding the Shabak’s agent provocateur Avishai Raviv.

For folks on the right in Israel, those and many other details that just don’t make sense were, indeed part of a dark conspiracy – one intended to keep them in their place, as the assassination genie is being pulled out of the bottle for 27 years, every time the left is out of ammunition against the right. Why only last week, Labor Chair Merav Michaeli held a memorial event in late October for the murder that took place in early November, because she had to get it in before Tuesday’s vote.

So many of us have been convinced something was rotten in the kingdom of Israel, and on Sunday, Smotrich said it out loud, in so many words, and this reporter started to believe that maybe, God willing, our victory at the polls is leading to something real.

“As soon as the news of the horrible murder became known, the factory of accusations was set up, which even 27 years later produces more and more accusations against more than half of the nation, who are accused of responsibility for the murder committed by the vile assassin Yigal Amir. ‘He pulled the trigger, but you were all behind him,’” Smotrich told the Knesset session, which included the man who is still being blamed for inciting the murder, presumed-Prime Minister Benjamin Netanyahu.

“Instead of trying to find the unifying factor, the partnership of the entire nation in resolute opposition to political murder, a line that must never be crossed in a democratic country, this day became a day of accusations, where half of the people, the right wing, the religious Zionists, the settlers, the rabbis, the demonstrators who protested with their hearts’ blood against the disastrous Oslo Accords, the opposition, the chairman of the opposition, they are all being accused, to this day, in harsh and blunt words, of being responsible for the murder of Prime Minister Yitzhak Rabin,” Smotrich continued.

And then, Smotrich lent his voice to millions of right-wing Israelis, and finally expressed the message Haaretz described as “the dark and deranged conspiracy,” because, you know, going through the pile of committee findings and research books is hard.

Smotrich said: “It was not the harsh words that caused the murder of the Prime Minister, but a vile murderer in the form of Yigal Amir and those who failed to protect Prime Minister Yitzhak Rabin. They are not the right-wing and religious Zionists and the settlers who rightfully cried out against the policies of the government headed by him, but the security services who not only failed to protect him but also used irresponsible manipulations––which to this day have not been fully revealed––to encourage the murderer to carry out his plot.”

And with those succinct words, Smotrich denied the left its monopoly on the Rabin assassination and made it known that every time the left shrieks: the right, or Bibi, or the settlers, or the “rabbis” killed Rabin, there will be an official retort at the highest levels of government: No, we didn’t, this wasn’t a right-wing conspiracy, it was a Shin Bet failure, manipulations, machinations and irresponsibility.

Naturally, Smotrich has been attacked from every part of the raging and recently-defeated left for suggesting the emperor has no clothes, and late Sunday night he issued this statement:

“It is very unfortunate that the Shin Bet disavows responsibility for its failures in Rabin’s murder and the Shamgar Committee’s unequivocal determination of its responsibility in operating the agent ‘Champagne’ who carried out provocations and contributed by act and omission to the horrible murder, and [then the Shin Bet] adds insult to injury attacking an elected official for saying so. The inability of a state agency to accept factual criticism and make amends should worry every Israeli citizen.”

Poor Bibi, all he wanted was to become prime minister again and let bygones be bygones… He is starting to discover all the joys of having real religious Zionists at his table. 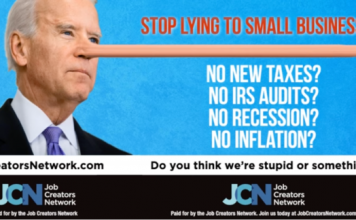 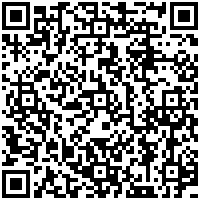