A Columbia University-sponsored project promotes extreme anti-Israel rhetoric and provides a platform for propagators of the BDS movement, according to a new report released by the Zionist organization Im Tirtzu.

The report focuses on “The Nakba & The Law” project, a joint initiative of Columbia University’s Center for Palestine Studies and the Israeli NGO Adalah, launched in 2016, featuring blog-style posts on the topic of the Nakba, the Arabic word for “catastrophe” which is used by Arabs to describe the May 15, 1948 declaration of Israeli independence.


According to Im Tirtzu’s report, of the 32 authors listed on the project’s website, 17 openly support the BDS movement, three are affiliated with BDS organizations and six work for the radical, anti-Israel NGO Adalah.

Of the six authors who have no public affiliation with the BDS movement or Adalah, there is no shortage of extreme anti-Israel rhetoric, including accusations of apartheid, massacres and the equation of the Nakba to the Holocaust, the report continues.

Among the authors listed are Columbia Professor Katherine Franke, also one of the project’s editors, who co-authored a report defending the Black Lives Matter platform accusing Israel of committing genocide against the Arabs; Professor Amahl Bishara, who has openly defended several terrorists, including Rasmea Odeh who masterminded the murder of two Israeli students; and Randa Wahbe, who advocated on behalf of two senior officials in the terrorist group Popular Front for the Liberation of Palestine.

According to “The Nakba & The Law” website, one of the project’s sponsors is The Netherlands Organization for Scientific Research, which is under the auspices of the Dutch Ministry of Education, Culture and Science and is funded mainly by the Dutch government.

Im Tirtzu CEO Matan Peleg said: “The Nakba is an hypocritical attempt to rewrite history and to undermine the very existence of the State of Israel. This project is not only an insidious attempt to slander the Jewish State, but is an example of the unholy alliance between anti-Zionist Israeli NGOs, European governments and the BDS movement.”

“It is important to unapologetically call the Nakba what it is: nonsense,” said Peleg.

Ilan Sinelnikov, President of Students Supporting Israel, a group active in combating the anti-Israel bias on American campuses, said in a statement: “It is shameful that such a university is sponsoring a project that provides a platform to the BDS movement, whose goal is to destroy the Jewish state. We call on the Columbia administration to act immediately to remove this project.” 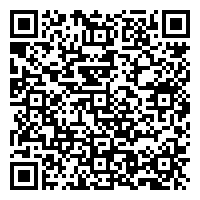