A series of serious stone-throwing incidents have been recorded in recent days in the Samaria area, with the village of Luban a-Sharqiya, at a road junction where many Jews travel to and from work, being one of the main focal points for attacks on vehicles. In one attack, last week, two cinderblocks were thrown at a pregnant passenger in her ninth month, an attack that only miraculously ended with damage to the vehicle alone.

It was only logical, then, to find out on Sunday morning, on Reshet Bet radio, that the IDF will intensify its forces to eradicate hate crimes, as the defense establishment intends to establish special operations teams to carry out this effort. Except that the target of this move is—you guessed it—Jewish settlers who apparently attack PA Arabs. A senior military officer told Kan 11 News that “not enough has been done, the phenomenon needs to be put to an end. The whole system needs to act to eradicate nationalist crime.” Again, by nationalist, he means Jews.

He said, “These incidents come up in all the assessments of the situation. “The Shin Bet, the IDF, and the police are concerned about this phenomenon.”

He made no reference to the following recorded events (all courtesy of Hatzalah Le’lo Gvulot):

Nov. 25: Throwing stones at vehicles in Arab Tekoa; throwing stones on Road 465 in the Umm Safa area near Ateret, caused damage; Arabs from Singil hurled paint bottles at vehicles on the access road to Maale Levona, causing damage; following the wild shooting by Arabs in the Hebron sector, a shooting was just carried out from the Abu Sneina neighborhood and a bullet hit a synagogue in the Givat HaAvot neighborhood in Kiryat Arba, miraculously without casualties, a security guard reported that the bullets passed near him; Etzion: slight injury from stones thrown at the T-junction area; Etzion: following the throwing of stones at the T-junction, damage was caused to a lightly wounded man from shrapnel; throwing stones at a bus and an IDF force in the area of ​​the Al-Fawwar pools southwest of Hebron; Samaria: a woman was lightly injured from stone-throwing between Tapuah and Migdalim, she did not require evacuation, thank God.

Those were just three days last week, but the litany of events should give you an idea of the real menace in Judea and Samaria. The plot by the Benny Gantz military apparatus to go after Jewish settlers while avoiding any mention of the daily criminal harassment by Arabs of their Jewish neighbors should give us an idea of where this government is headed when it comes to protecting Jewish lives in the liberated territories. Indeed, each time a Jew would dare draw his or her weapon to defend themselves against rioting Arab mobs would count as a “hate crime” and they’re likely to end up in the interrogation rooms of the Shin Bet. 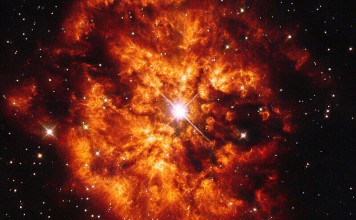 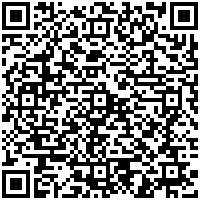