Arik Ascherman, CEO of the controversial left-wing NGO Torat Tzedek, is violating the law by taking a disproportionally large portion of the organization’s budget for his salary, charged the Zionist watchdog Im Tirtzu.

In an official complaint filed on Tuesday with the non-profit registrar, Im Tirtzu’s Legal Division charged that Ascherman’s disproportionally high salary is a violation of the non-profit guidelines for administrative expenses, and called for the organization to be investigated for improper management.

Ascherman founded Torat Tzedek in 2017 after heading the left-wing NGO Rabbis for Human Rights for 21 years. According to Torat Tzedek’s website, the NGO works in the “Occupied Territories” for the “human rights of both Jews and non-Jews.”

During one such confrontation reported in November 2018 by Israel’s public broadcaster KAN, Hirschfeld launched into a racist diatribe against an IDF soldier of Ethiopian descent and told him to “return to his pen” in Ethiopia.

Attorney Ziv Maor of Im Tirtzu’s Legal Division said that “the non-profit laws are designed precisely to prevent situations like these in which an individual is taking advantage of the public benefits received by non-profit organizations in order to take an exorbitant salary.”

“The fact that this is occurring in a far-left NGO is not surprising,” continued Maor, “and I am certain that the non-profit registrar will take proper action.” 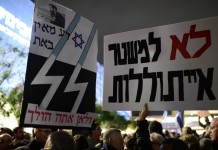 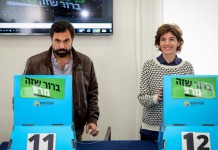 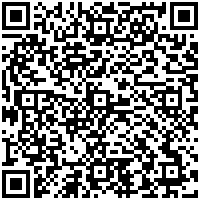