In the decade since Netanyahu was elected in 2009, according to a Peace Now report issued on Monday, titled: “Netanyahu is good for the settlers,” 19,346 new housing units have been built in the settlements, 13,608 of which (70%) were built in “isolated” settlements which are not part of the settlement blocs.

The report estimates that this isolated, hilltop construction effort, (east of the border proposed by the Geneva Initiative), has added more than 60,000 settlers, which Israel would have to evacuate by force to comply with a future permanent agreement. 35% (6,852 housing units) are located east of the planned path of the separation fence, and another 30% (5,861 housing units) are between the actual fence and the planned fence. Only 34% 6,633 housing units)are located west of the future border fence par excellence.


According to Monday’s Peace Now report, at least 11% of the construction (2,206 housing units) is illegal based on Israeli law, which used to be called “illegal outposts” by the media and by left-leaning governments. Naturally, the entire enterprise, new and old, is considered illegal by many international organizations.

The above information has been collected by Peace Now activists, using, among other means, aerial photography. According to the Israeli Central Bureau of Statistics, which publishes quarterly data on construction starts in Israel and the settlements but neglects to cite the precise locations of these starts, in the decade of Netanyahu’s rule only 18,502 housing units have been built in the settlements.

According to the CBS, from the end of 2008 until the end of 2017, 132,300 Jews have been added to the population of Judea and Samaria, with at least 50,211 settlers having been added to settlements which Israel would probably be forced to evacuate by force in order to conform with a two-state deal.

I love reading these Peace Now reports, which remind me of the story about a Jew sitting on the Tram in Berlin, reading Der Stürmer, the weekly Nazi tabloid published by Julius Streicher. When asked how can a Jew like him read this Nazi trash, he says: When I read the Jewish papers, they all tell me the Jews are persecuted, the Jews are starving. But when I read Der Stürmer, I find out the Jews own the banks, the Jews run the world.

When I read Peace Now reports, what can I tell you, I get naches. 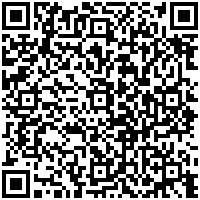