United Nations Relief and Works Agency workers in Gaza carried out a full-scale strike on Monday in all the agency’s facilities, Ma’an reported. The strike is in protest of President Donald Trump’s decision to cut aid to UNRWA.

Tens of thousands of students stayed home from school Monday as part of the strike, while teachers gathered in school buildings to prepare for a demonstrate outside the UN headquarters at 10 AM.


The Secretary of the Federation of UNRWA Employees Yusif Hamdouna confirmed that his group has decided to take the first steps of protesting the United States’ decision to reduce the budget provided to UNRWA, in a march in which all of UNRWA employees will participate, “to preserve the rights of Palestinian refugees in education, health and food,” as well as the preservation of the rights of agency employees.

In mid-January, the US State Department announced it was withholding $65 million out of a $125 million aid commitment for UNRWA, adding that additional US donations are contingent on major changes by the 70-year-old agency, and will remain “frozen for future consideration.”

Prime Minister Benjamin Netanyahu said UNRWA should be scrapped because it helps “fictitious refugees,” seeing as only an estimated 20,000 out of its more than five million clients were actually born before 1948, in mandatory Palestine. Among all other refugee aid agency around the globe, UNRWA is the only one without a strategy to help its camp dwellers move on, including by migrating to other countries, thus maintaining ever-growing pockets of poverty and dependency circling Israel’s borders. 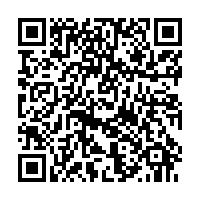