In an emotional ceremony on Monday, Israeli President Shimon Peres awarded fellow Nobel Peace Prize laureate and former United States Secretary of State Henry Kissinger with Israel’s first Presidential Award of Distinction, for Kissinger’s lifetime of contribution to the Jewish State. The ceremony took place as part of the evening session which closed the opening day of Facing Tomorrow 2012. Joining Peres and Kissinger in offering his perspective on The Compass that Navigates the Future, as the session was entitled, was former British prime minister, and current Quartet envoy Tony Blair. Also in attendance were the President of Albania, the President of Croatia, and the President of the Ivory Coast, as well as Israeli foreign minister Avigdor Lieberman and many other dignitaries.

In conferring the award, Peres said, “This award while being delivered from my hands, comes from the hearts of my (the Israeli) people. I feel that I am handing it not to a friend, but to a brother.”


Kissinger, who first met Peres in 1962, then joined Peres on-stage and the two long-time statesmen embraced before Kissinger spoke.

“Shimon and friends,” began Kissinger, “it is unusual for an 89-year old man to say that I wish my parents (with whom Kissinger fled from the Nazi-dominated Germany in 1938) could be here. They would be more proud of this distinction than any of the other honors that have come my way.”

Blair addressed the massive upheaval in the Middle East over the past 12 months, saying, “We [the international community, led by the Quartet] have no option but to stay engaged in this part of the world. Democracy is not just a way of voting. It’s a way of thinking. It’s about freedom of expression, freedom of the media and freedom of religion.”

He also said about Iran, “We must have the will to prevent it [Iran’s acquisition of nuclear weapons] and when we say it, we must mean it.” 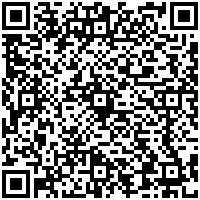