Ambassador Dennis Ross, famed dissident and women’s rights activist Ayaan Hirsi-Ali, and Literary Editor of The New Republic, Leon Wieseltier joined former IDF Chief of Staff Gabi Ashkenazi to offer strategic insight into the Arab Spring and how to address the Iranian nuclear program in the opening session of Facing Tomorrow’s second day. The session, entitled ‘A Strategic Look at Tomorrow,’ offered the different perspectives of the speakers based in large part on personal experiences. Hirsi-Ali discussed her own childhood under the “absolute authority” of those in power in Somalia, from military generals, to policemen, to teachers, to even her own father, setting a tone in her life that ultimately led her to leave the Muslim world for the Netherlands 22 years ago at the age of 20.

“For the first time – and I find it thrilling – Muslim/Arab countries have questioned absolute power,” said Hirsi-Ali. “I hope that is going to translate not only to driving the military men from power, but also to questioning absolute authority from the bottom – the father, the teacher, the policeman.”


Amb. Ross addressed the current situation in Egypt, where he believes Muslim Brotherhood candidate for president, Mohamed Morsi, will emerge victorious.  Amb. Ross specifically mentioned the requirement for Egypt to keep its peace treaty with Israel and to build a society where women, indeed all citizens, enjoy equal rights.

“If the Muslim Brotherhood wants to deliver (to its citizens),” said Amb. Ross, “it has to play by the rules.”

Ashkenazi addressed not only the growing concern about Iran’s nuclear program, but also the continuing unrest in Syria. Wieseltier, who opened by saying he would not address Iran, given that everyone else did, focused more on the Israel-Palestinian conflict, as well as the future prospects of democratization in the Middle East. 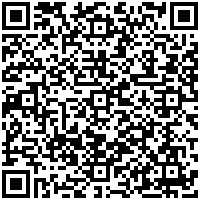