The language of the proposed plank compares Israel’s vision to that of America’s, rejects dictating terms of any peace agreement by those not living in the region and calls for the termination of funding for any entity which attempts to do so.


The language was hammered out over the past several months by the Iron Dome Alliance and several like-minded groups, and introduced and shepherded through the subcommittee by member delegate Alan Clemmons, South Carolina State Representative.

When asked how the strikingly strong pro-Israel language was adopted so easily (in a 14 – 2 vote) by the subcommittee, Ballabon explained that “this is where the GOP base is” and that, combined with “the force of the truth from Alan Clemmons” won the day.

“I believe the full Platform Committee will adopt this strong statement of support of Israel and her citizens this morning to give Republicans a platform that truly reflects their opinions about America’s greatest ally,” Clemmons told the JewishPress.com.

Ballabon also credited the simplicity of the proposed language, which is “spare, direct, and is what every conservative I know believes in,” with paving its way to passage.

The three-paragraph long plank is entitled: “Our Unequivocal Support of Israel and Jerusalem.”

The first paragraph lays out the common values shared by Israel and the U.S. building to a crescendo which calls support for Israel “an expression of Americanism” and the strong desire of Americans for a relationship with “no daylight between America and Israel.” It also recognizes Jerusalem as the eternal and indivisible capital of the Jewish state” and calls for the American embassy to be moved to the capital “in fulfillment of U.S. law.”

The second paragraph commits America to ensuring Israel maintains a qualitative military edge over all adversaries, and supports Israel’s right to defend itself in conventional warfare as well as against legal, economic and cultural warfare. It labels the BDS movement anti-Semitic and calls for “effective legislation to thwart actions intended to limit commercial relations with Israel.”

The final paragraph addresses the establishment of a “comprehensive and lasting peace int he Middle East, “to be negotiated among those living in the region.” It opposes “any measures intended to impose an agreement or to dictate borders or other terms, and call for the immediate termination of all U.S. funding of any entity that attempts to do so.”

For those who despaired of liberation from the tried and failed “Two State” mantra which seemed to have an impenetrable lock on “pro-Israel” American organizations, the proposed plank is a breath of rarefied air.

And for those who believed that the idea of Two States is the official policy of the Israeli government, you were wrong. There is no such language in the official government guidelines, as reinforced in the prime minister’s statement of inauguration.

As Ballabon put it, the organization which most Americans think of as most firmly pro-Israel, the American Israel Public Affairs Committee, is amongst the most firmly pro-Two States. But the newly-proposed plank has not “dropped” the Two State idea, it simply hands the decision making over to Israel.

Rather than weaken the more committed, pro-Israel party to line up with uniform but mediocre support, the idea was to dump the idea of the lowest common denominator and instead have a “race to the top.”

Further, Ballabon explained, Republican pro-Israel legislators have grown increasingly less enthusiastic about AIPAC. Iran Sanctions and then the aftermath of the Iran Deal contributed to what was already a growing disenchantment with AIPAC. Ballabon’s distaste for the Israel Lobby is not hidden. He says it has “lots of money but its ideas are bankrupt.”

And while Ballabon was not a confirmed Trump supporter before this GOP Israel plank effort, he said the New York businessman’s Israel policy advisers have been “totally on board” with this effort in a way that was extraordinary.

Ballabon, who has long been a political and media strategist and Jewish community activist, said he has “never seen such a strong Israel policy team as is Trump’s.” He was, he says, “underwhelmed by both Romney and McCain’s Israel policy advisers.”

Tuesday, July 12, the full GOP Plank committee will meet to decide on all the language agreed to by its various subcommittees, including the new Israel Support language proposed by the GOP Platform’s National Security and Defense Subcommittee. 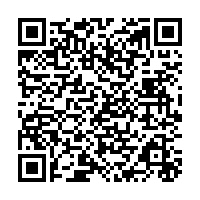