Arab media are reporting that Israeli police prevented the Al-Aqsa mosque’s muezzin, located on the Temple Mount, from calling out on Tuesday evening, according to a report by Abu Ali Express.

In view of fake news being disseminated online, we reiterate once more:
There is no change to the status quo on the Temple Mount and in Jerusalem’s Old City. Visits by Jews on the Temple Mount, in small groups and at designated hours, has been normal practice for many years.
These visits will not be stopped despite attempts by terror groups and extremist elements to incite to violence.
A second piece of Fake news circulating online claims that Israel has “disconnected loudspeakers” on the Temple Mount.
These lies are being circulated by extremists with the aim of inciting violence. Israel is committed to upholding the status quo and enabling freedom of worship for all religions, while ensuring the security of worshipers and the general public.
Over a million Muslim worshipers who attended prayers at Al-Aqsa during Ramadan are the best testament to the protection of the status quo and freedom of worship in the holy places. 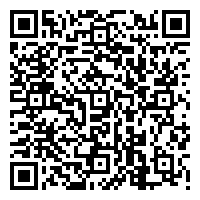