Last week The Crimson, Harvard’s daily student newspaper endorsed the “Boycott, Sanctions and Divestment” movement that targets Israel. The Crimson’s endorsement hurt many people and brought a range of responses from multiple communities. In a follow up Tweet, the Editorial Chair of the Crimson, Orlee Marini-Rapaport, wrote, “I am Jewish. Yesterday the board overturned a decades-old precedent; for the first time, we announced our support of BDS. I encourage you to read our editorial. I’m so proud to be part of this thoughtful group.” When I first read Orlee’s tweet, I said “Oy.” No other response seemed as encapsulating as that one word for what I felt.

As the week continued I thought about Orlee’s words and my reaction coalesced into three different thoughts. My reactions stem from my vocation as an educator and as a Jew who is derided as a “settler” because of where I live. First, the conversation surrounding BDS is a foul one. Second, the BDS movement is rotten to its core, and third, the pain I felt over Orlee’s misplaced compassion and stunning ignorance. Over the next few paragraphs I’d like to examine each of these thoughts. I want to make clear at the outset; even as I address some of the Crimson’s points, my intention isn’t to refute The Crimson’s position, it’s to lament the current state of conversation surrounding Israel. This essay might lead you to also cry, “Oy.”

Debates between people who advocate for and against BDS are never normative or civil. They are vindictive and full of hate. Logic is rarely employed, rather emotions and spite rage through the arguments. Both sides eschew nuance and declare their opponents’ evil. There is no hesitancy in calling the other side genocidal. In such an atmosphere it’s no wonder both sides are frustrated in feeling stymied by a lack of headway. As an educator I find the rancor nauseating. Where is the rhetorical flourish? The intellectual honesty? Where is civility? Dear Orlee, “Oy!”

Proponents of BDS claim to be fighting on behalf of the Palestinian people. Yet, after 25 years of BDS activism, and an Arab boycott for the fifty years preceding the BDS movement, how have the Palestinians been helped? Less than ten minutes down the highway from my town is the Mishor Adumim Industrial Area. Thousands of Palestinians work in Israeli and Arab owned businesses together. There has been less violence in Mishor Adumim over the past twenty years than a week in New York City. SodaStream purposefully opened in this area to provide Palestinians jobs and demonstrate that Israelis and Palestinians can work together peacefully. The BDS movement only saw one aspect to this heroic story – the SodaStream factory was housed over the green line in the “West Bank.” BDS went after SodaStream and forced it to move its factory. This was a seeming victory for BDS, but it cost Palestinians 400 jobs. The same is true of BDS’s pyrrhic victories over Airbnb and Ben and Jerry’s. While it seems like Israeli business suffer, they in fact do fine, and Palestinians are hurt. Dear Orlee, “Oy!”

In its essay, The Crimson Board wrote, “We feel the need to assert that support for Palestinian liberation is not antisemitic. We unambiguously oppose and condemn antisemitism in every and all forms, including those times when it shows up on the fringes of otherwise worthwhile movements. It is our categorical imperative to side with and empower the vulnerable and oppressed. We can’t nuance away Palestinian’s violent reality, nor can we let our desire for a perfect, imaginary tool undermine a living, breathing movement of such great promise. As a board, we are proud to finally lend our support to both Palestinian liberation and BDS – and we call on everyone to do the same.” Oh, dear Orlee, “Oy!”

In an excellent response to The Crimson’s position, David May, Economic Warfare Analyst at The Foundation for Defense of Democracies wrote, “Besides the claim to ‘unambiguously oppose and condemn antisemitism in every and all forms,’ the board does not seriously wrestle with the antisemitic implications of their declaration. The board leans on the trope of ‘power imbalance’ and that the stronger party is inherently wrong. BDS hates nuance. If you recognize that many Israeli actions that harm Palestinians are defensive responses to Palestinian violence, you are unlikely to take action. BDS needs a black and white, “Israel is bad” view to thrive. The board blames ‘Israel’s current policy’ for the plight of the Palestinians. BDS relies on denying the Palestinians agency for their situation. Recognizing that Palestinian intransigence and violence have led to their misery would undermine BDS’s appeal.”

It is heartbreaking that a Jewish woman, smart enough to gain admission and rise to a leadership position at Harvard wouldn’t recognize that BDS will never lead to Palestinian advancement or peace between Israel and the Palestinians. I’m at a loss to explain why Orlee only superficially applied critical thinking to her inner debate. Her words make it seem that she can’t comprehend that BDS is part of a larger context. Dear Orlee, “Oy!”

Oy! Orlee is one of many young Jewish minds who have grasped on to the Jewish tradition of mercy. Jews have always looked to help the weak and oppressed. Today’s situation in Israel features competing narratives over who are the truly powerless people. On a shallow level it is easy to see Palestinians as weak and oppressed but the Israeli-Palestinian conflict can’t be broken down into the powerful vs. the weak.

Like so many Jews her age, Orlee wants to do the right thing, but ended up doing the opposite by falling for a superficial take on the situation. No amount of talking points, infographs or shouted comments are going to guarantee the next group of young Jews don’t make the same mistake. To ensure this doesn’t happen we need to increase education about Israel, Zionism and the events that led up to today’s situation. Oy, dear Orlee, we’re sorry we failed you and lost you. We commit to doing better in the future. 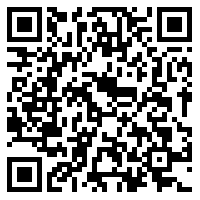