Attorney General Avichai Mandelblit on Tuesday submitted an opinion that legitimizes a bill proposed by Minister of Public Security Gilad Erdan (Likud) distinguishing between terrorists and other inmates in Israeli prisons.

The legal opinion was submitted in response to the rage expressed by bereaved families reacting to the possibility of cutting short prison sentences of terrorists following the High Court of Justice’s ruling that prisoners should be released due to the limited living areas available in Israeli detention facilities, which was combined with legal criticism over the fact that the distinction between different kinds of prisoners was contrary to international law. Minister Arden’s bill ensures that terrorists are not released from prison because of lack of living space or any other trivial reason which makes a mockery of justice.


In the opinion Mandelblit submitted to Erdan, the AG determined that the distinction between terrorists and the rest of the prisoners was not inherently unconstitutional – and can be defended before the High Court of Justice.

That’s a big relief, because AG Mandelblit on occasion sides with the opponents of the government and refuses to defend laws enacted by Knesset by a broad majority. So, pheew…

“The exclusion raises difficulties on the constitutional level, but it can not be said that it is illegal,” Mandelblit wrote, adding that “it is possible to make a distinction between all the criminal prisoners and the security prisoners, based on the special characteristics of security crime.”

The AG’s opinion relies on the Anti-Terrorism Law, enacted two years ago, which established especially severe punishment for terrorists and members of terrorist organizations, and determined that these prisoners “do not have a vested right to administrative release.”

Minister Erdan also seeks to degrade the current prison conditions of the security inmates. Last week, Channel 2 News reported that a public committee appointed by the minister would soon submit a series of dramatic recommendations intended to reduce the conditions of security prisoners, with a potential for very explosive results.

The Committee’s recommendations will reduce security prisoners’ conditions to the bare minimum required by international law:

• Family visits with security prisoners will be reduced to a minimum.

• The separation between security prisoners according to their terrorist organizations will be canceled, and they will be held in mixed wings, meaning Fatah prisoners will be held together with Hamas and Islamic Jihad prisoners in the same cells.

• Prohibition on the purchase of meat, fish, fruit and vegetable products outside the prisons.

• Security prisoners will no longer allowed to cook meals inside the cells, and kitchen utensils such as grinders and mixers will be removed from the cells.

• The TV channels that the security prisoners will be allowed to watch will be limited.

• Canteens will be canceled in the wings, and prisoners will have to wait their turn at the central canteen.

• The status of wing spokesman will be canceled, with few and rare exceptions.

These are dramatic recommendations and the Prisons Service will require a special reorganization plan for the expected reactions of the security prisoners, should these recommendations are adopted. There is no doubt that reactions will be severe and will also spill out of the prisons into the Arab streets.

Now, honestly, did you know that terrorist prisoners were housed based on their terrorist organizations? Also – are you sure watching television is anchored in International Law? Whatever happened to lanyard and macramé? 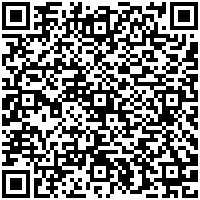