Attorney General Avichai Mandelblit has received the approval of Prime Minister Benjamin Netanyahu to explain on Sunday the heads of the coalition parties the various versions of the “overruling clause” and why he opposes all of them.

The original overruling clause is part of “Basic Law: Freedom of Occupation,” and pertains to the provision of a new law which violates freedom of occupation. The clause says in such a case the new law would remain valid despite its being “unconstitutional,” if the legislator explicitly states its awareness and consent of the violation of the Basic Law; in which case the “unconstitutional” law would expire at the end of four years, unless it is renewed by a majority of the Knesset.


Now some of the coalition partners, including Likud and Habayit Hayehudi, are trying to apply the same clause to the Basic Law: Human Dignity and Freedom, on which most of the High Court’s annulments of Knesset legislation are based.

The debate over the “overruling clause” began as a response to the High Court of Justice hearings regarding African infiltrators, during which the Court passed a number of resolutions that disabled the deportation which the Netanyahu government had been promoting. In the most recent High Court hearing, it was revealed that there are currently no agreements between Israel and a third country in Africa where the infiltrators may be deported. At which point the High Court ruled that asylum seekers detained in a semi-closed facility in the south may be released this coming Sunday.

Mandelblit opposes all the versions proposed by the coalition partners, especially the British model, since he believes that the cancellation of the High Court’s ability to invalidate Knesset laws is anti-democratic.

According to the British system, in the event that the Supreme Court identifies a conflict between a law passed by Parliament and the UK precedent laws, it draws the attention of Parliament to the contradiction and asks it to remedy.

Mekor Rishon reported on Friday that Mandelblit is inclined to approve the version calling for the re-passage of a court-annulled law by a majority of the Knesset, but does not believe that the majority currently proposed – 61 – is big enough, and would prefer a majority of 70 MKs. This version is reminiscent of the procedure in case a US president vetoes legislation, and Congress can overcome the veto with a two-thirds majority.

Ministers close to Netanyahu have told the media that apart from the Supreme Court obtaining powers to which it is not entitled when it kills the laws it doesn’t like, the repeated disqualification of Knesset laws and government decisions by the high court create recurrent political crises that undermine governmental stability.

At the beginning of last week, Habayit Hayehudi leaders Naftali Bennett and Ayelet Shaked announced that they would promote an “overruling clause” that would allow the Knesset to pass the original version of the Prevention of Infiltration Law, which they said was most effective in removing infiltrators from Israel. 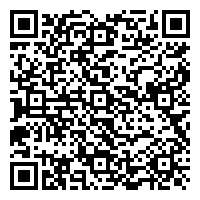