Around 7 PM Saturday night, all news channels reported the police numbers, according to which some 15 thousand demonstrators braved the poring rain and arrived in front of Habima, the national theater which has become the site for political rallies after the city closed off Rabin Square for public works – it’s going to be one of the four underground stations of the new train’s green line.

And then, at 7:30, this number jumped to 80 thousand. It had to be divine intervention: God parted the 15k-strong rally and added 65k with a seamless swoosh. I guess you had to be there.

There were an additional 1,500 demonstrators in front of President Isaac Herzog’s private residence in Jerusalem and a few hundred more in Haifa. In all three demonstrations, regardless of the numbers, the people were well behaved and there were very few confrontations with the police. Some 200 people tried to storm the Ayalon highway and block traffic but were repelled by police.

It’s not clear what the demonstration was about: its stated goal was to protest Justice Minister Yariv Levin’s justice system reform, which an abundance of left-wing politicians, media folks, and active and retired members of the justice system had been presenting as the impending death of Israel’s democracy.

Here’s the thing, though: the Lapid government was planning to institute several changes in the justice system that were very similar to the Levin proposed reform. Lapid’s Justice Minister Gideon Sa’ar issued his plan for reforming the judicial system, which included three main sections – splitting the role of the attorney general, establishing a commission for public complaints about the prosecutor’s office, and a public hearing as part of the procedure for appointing judges to the Supreme Court.

It’s probably why Sa’ar and Lapid did not show their faces at the demonstration Saturday night. It’s hard to keep a straight face in the rain. Those politicians who did show up were not what you call winners. There was Moshe Yaalon who organized the affair and hasn’t seen the inside of the Knesset for years. There was Yair Golan whose Meretz party was thrown into the trash heap of history last November. And there was Merav Michaeli, who barely made it past the threshold vote with 4 mandates – she was heckled angrily by left-wingers who will never forgive her betrayal of Meretz. Ehud Barak was there, having himself been thrashing about the same trash heaps of history – he hasn’t been in an elected office in 10 years.

In short, it was a collection of entitled Tel Avivians led by a slew of political has-beens who were angry that their country is being taken away from them – by the majority, which for the most part does not reside in Tel Aviv. I did the math: 2,304,964 voted for the coalition parties, in an election with 70.63% voter participation. And they didn’t have to stand in the rain – it was a sunny November day.

According to media accounts, the average age of Saturday night’s demonstration was above 30 – way higher than the number of voters between ages 18 and 30. It means young people want the justice system reform, as well as the majority of non-Tel Avivians. 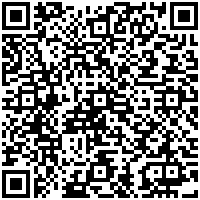